Venice, 1883. On his deathbed, Richard Wagner reveals a secret: his last work was a short opera! It was never produced. Wagner gave the score as a present to the handsome young owner of the local inn “Zum braunen Hirschen” when he was on vacation in Grein (Upper Austria). Wagner takes the oath not to leave this world until “Greingold” has been performed. Aunt Death decides that Wagner shall keep reincarnating as a marten until that day has come.

Grein, the present. Frau Hiebler, owner of “Zum Braunen Hirschen” sets her house on fire hoping for some desperately needed cash from the insurance company. She puts her tame marten Eduard in a safe place. Isidor von Pommern-Cottbus und Wriezen, a shy young royal who ran away from his family at Greinburg, extinguishes the fire and convinces Frau Hiebler to keep the inn business running.

Three biking tourists arrive: Julius Kaschke, music scientist from Bottrop, Germany, his daughter Pamina and Julia, his Californian niece with psychic abilities. They are joined by another new guest, Robert Sedlacek, a small time crook from Vienna. He got word that an enormously precious score is hidden somewhere in the house and he wants to steal it.

Eduard – Wagner’s reincarnation – tries to get Kaschke’s attention but things go wrong and Kaschke and Sedlacek set out to hunt the marten. Julia contacts Eduard telepathically and helps solving the mystery. Isidor und Pamina fall in love. Sedlacek tries to pick up Julia.  The robbery of the score can be prevented.

Frau Hiebler, Isidor and the house guests agree on an immediate makeshift-performance of “Greingold”, conducted by the marten.  They force Sedlacek to participate in the opera. Although the performance is far from being perfect, they succeed. Eduard / Wagner is redeemed and ascends to heaven.

Press reviews of the Grein production

“The new musical ‚Das Greingold’ is a delightful production that gets everything right: a funny plot full of  punch lines, brilliant dialogue, fast-paced direction, beautifully composed music, splendid scenery and masterful performances from the actors as well as the musicians.” (Perger+Tipps)

“It is hard to believe that this marvellous production has only been scheduled for 20 performances in Grein. This piece must go out into the world, it can make the town’s name immortal-  just as the “White Horse Inn” did with Lake Wolfgang!” (Oö Nachrichten) 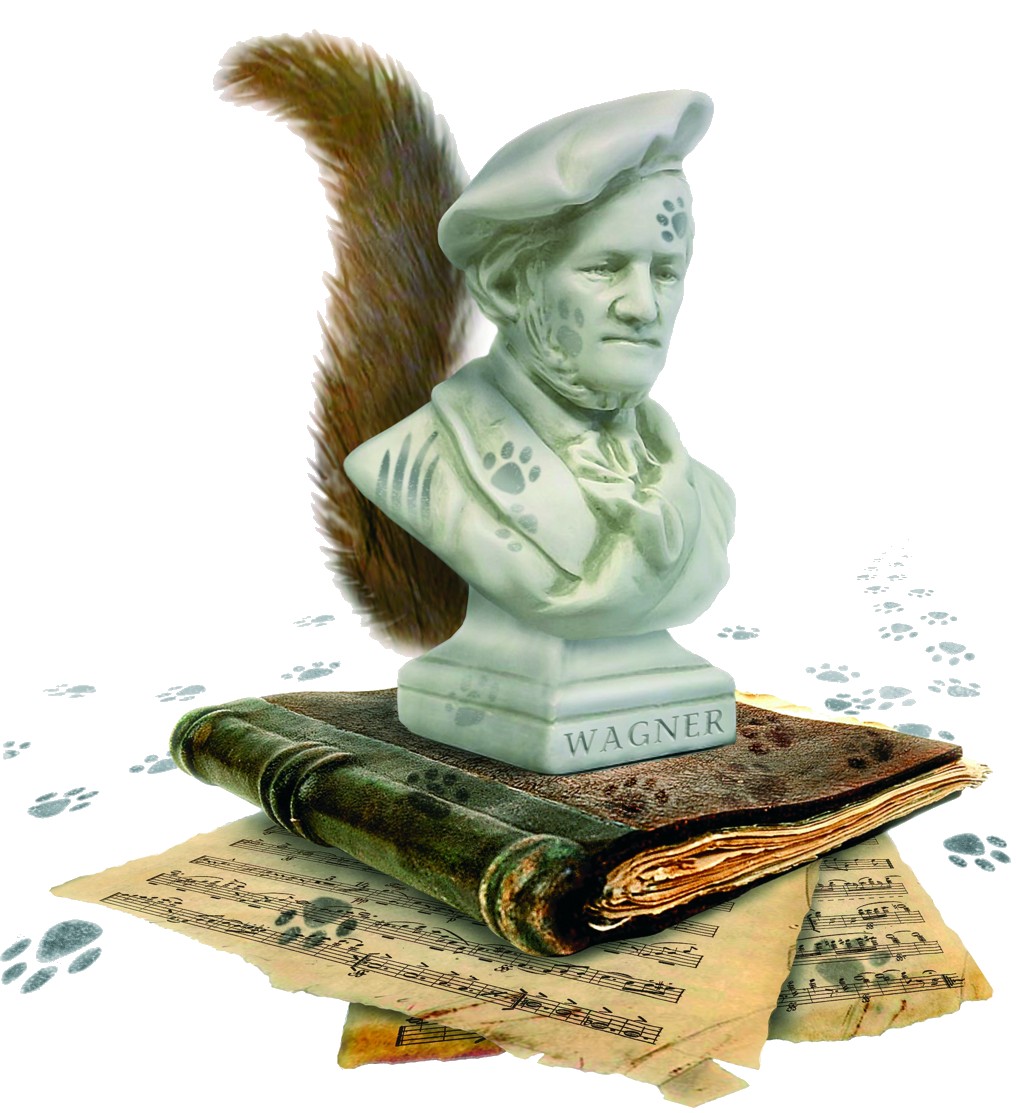 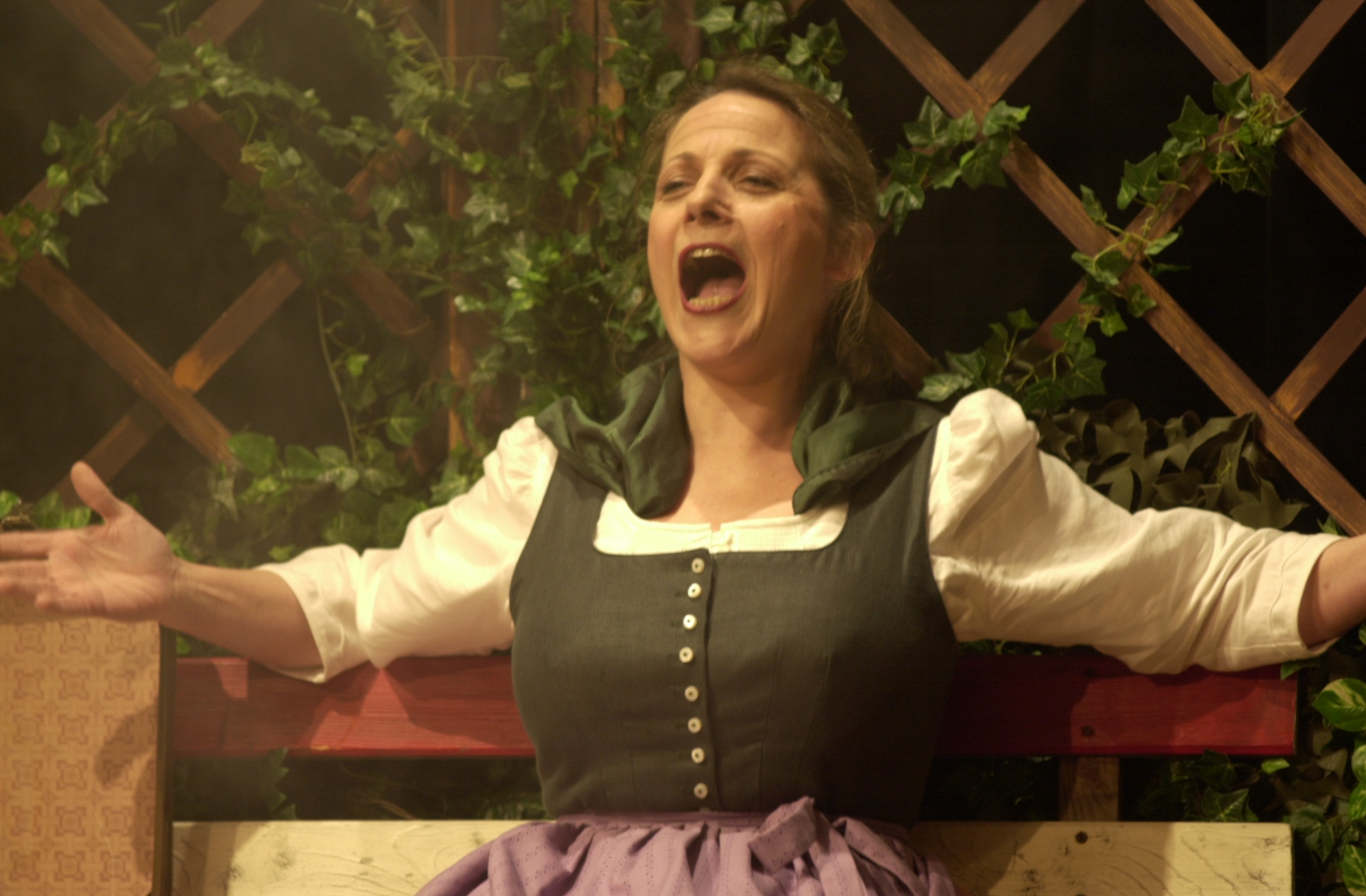 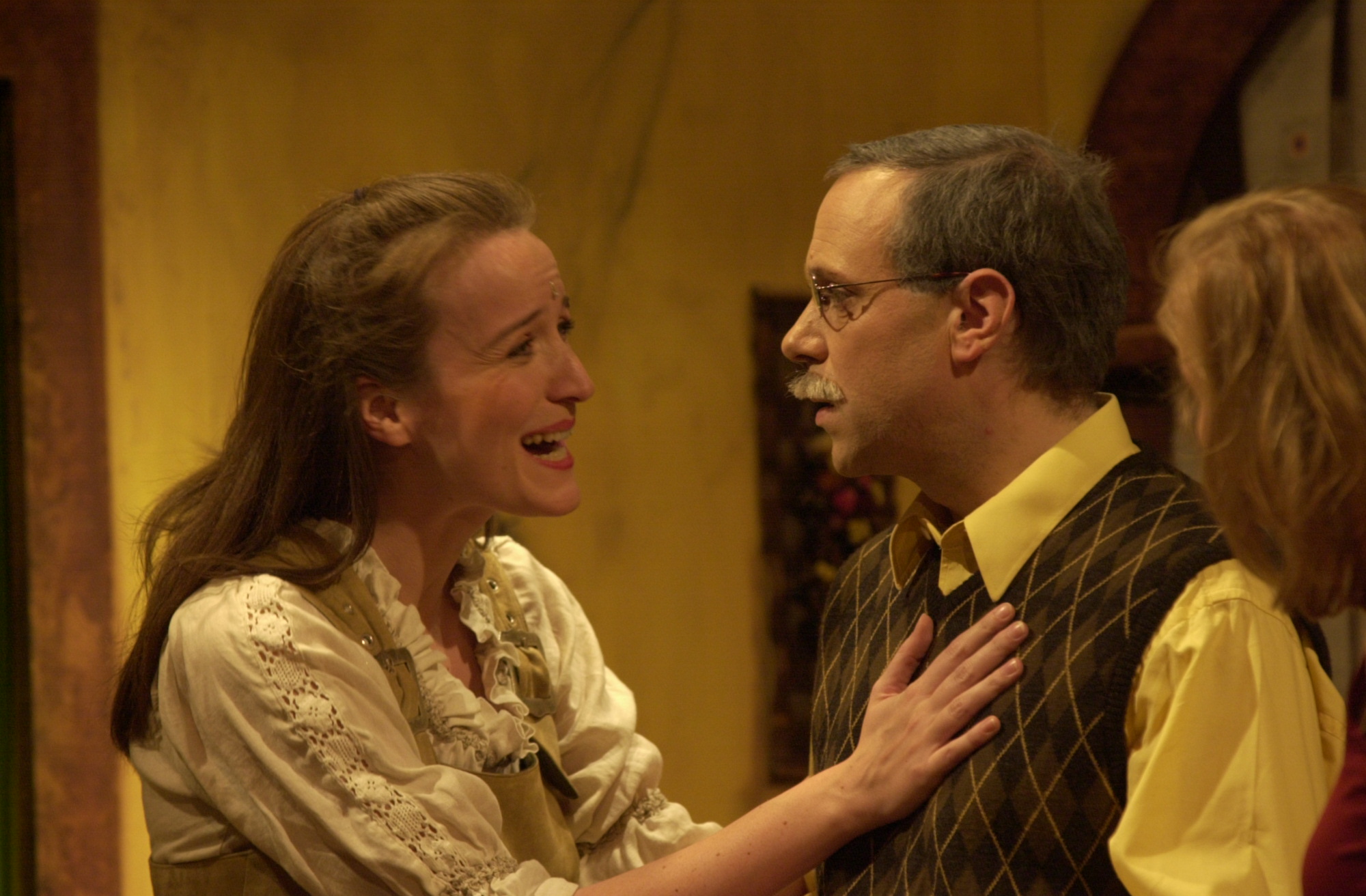 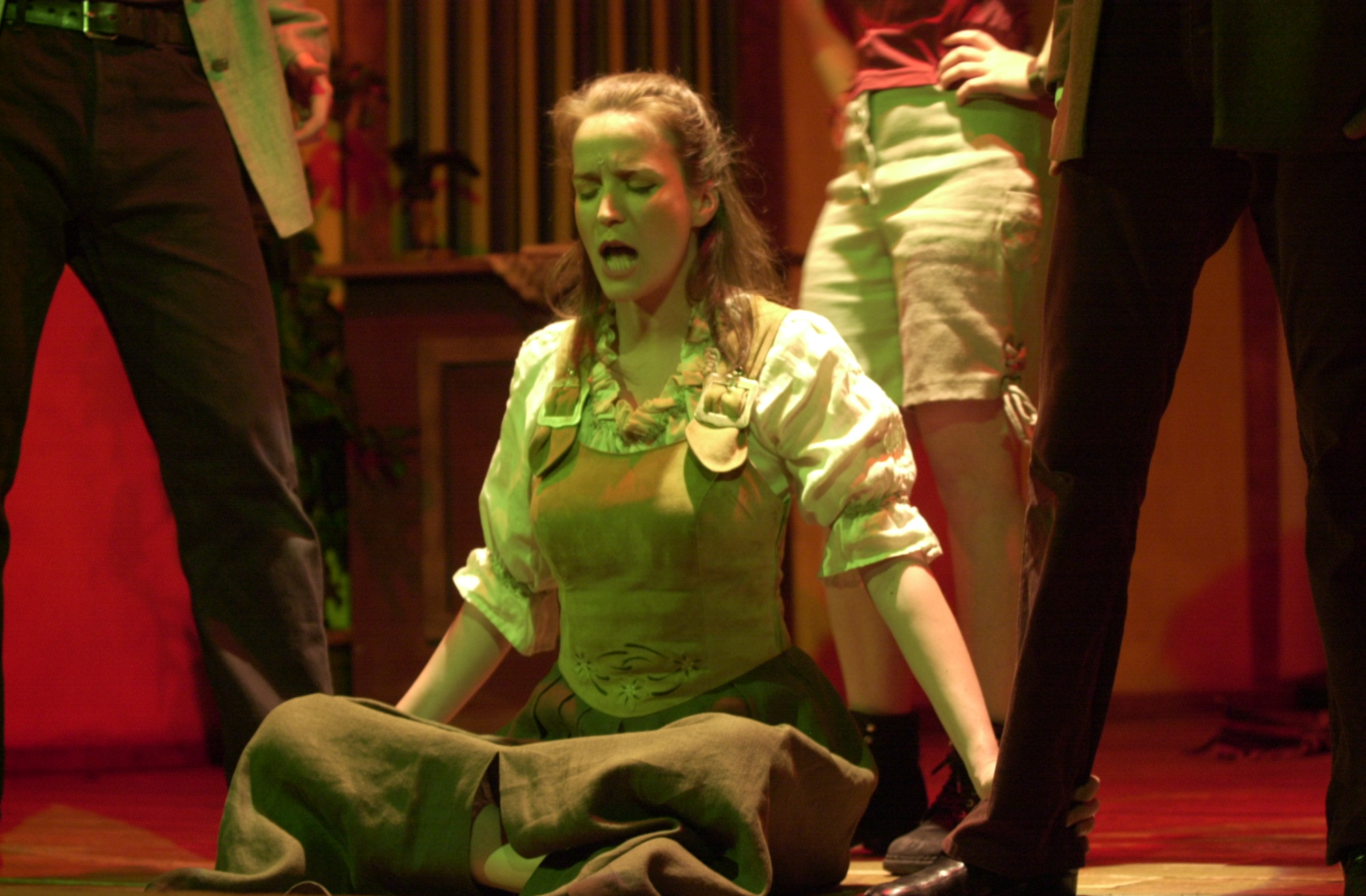 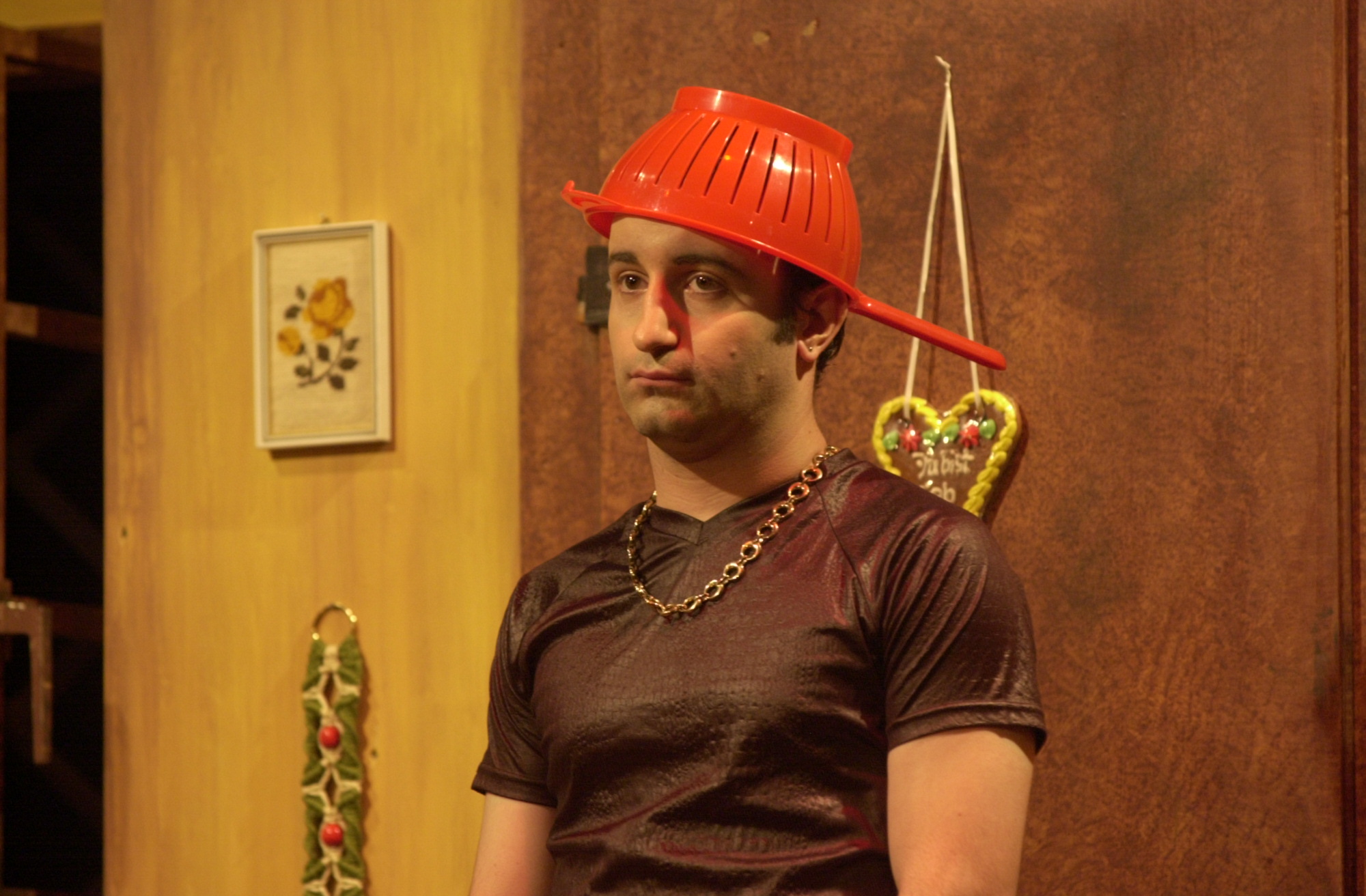 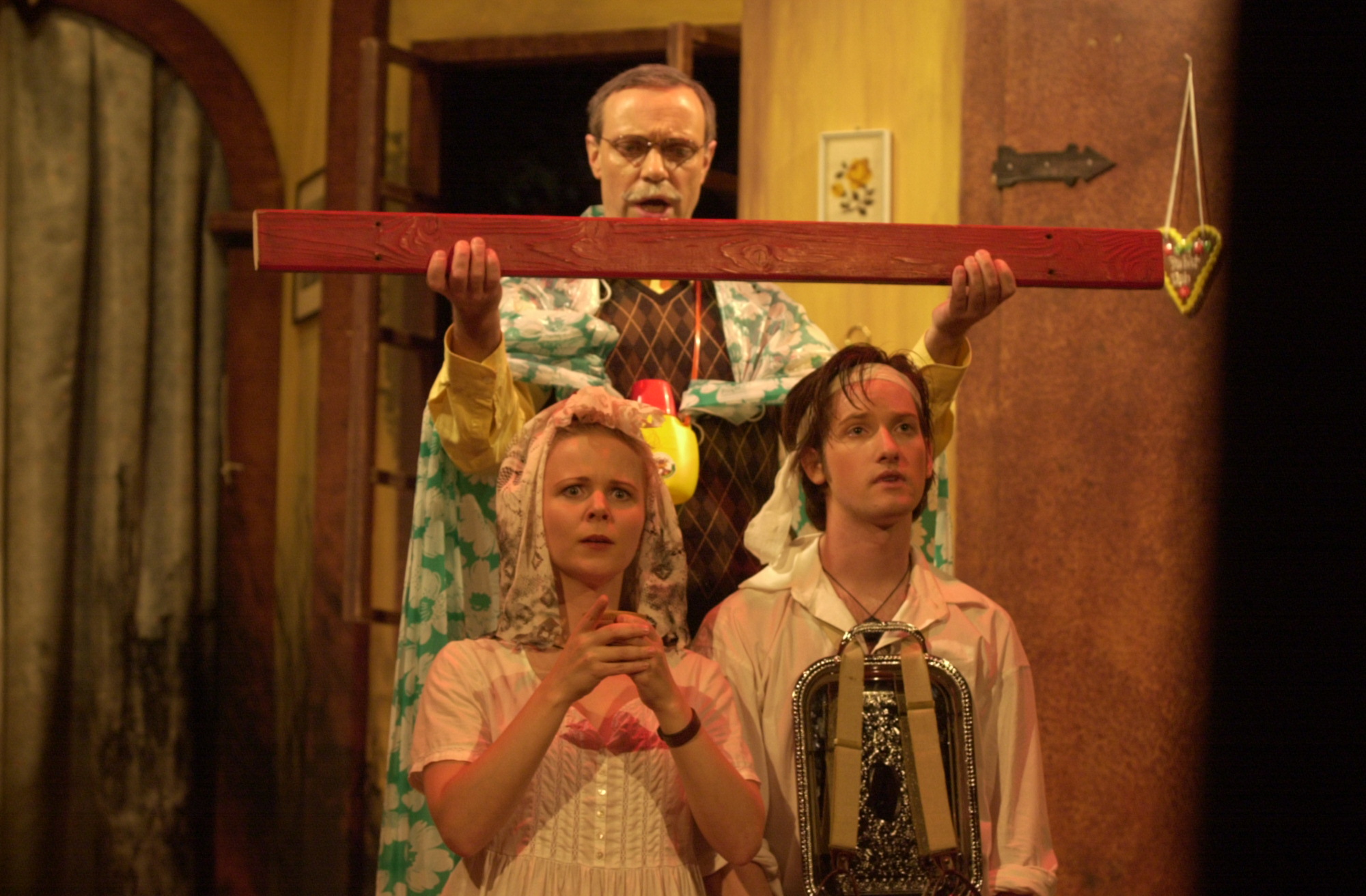 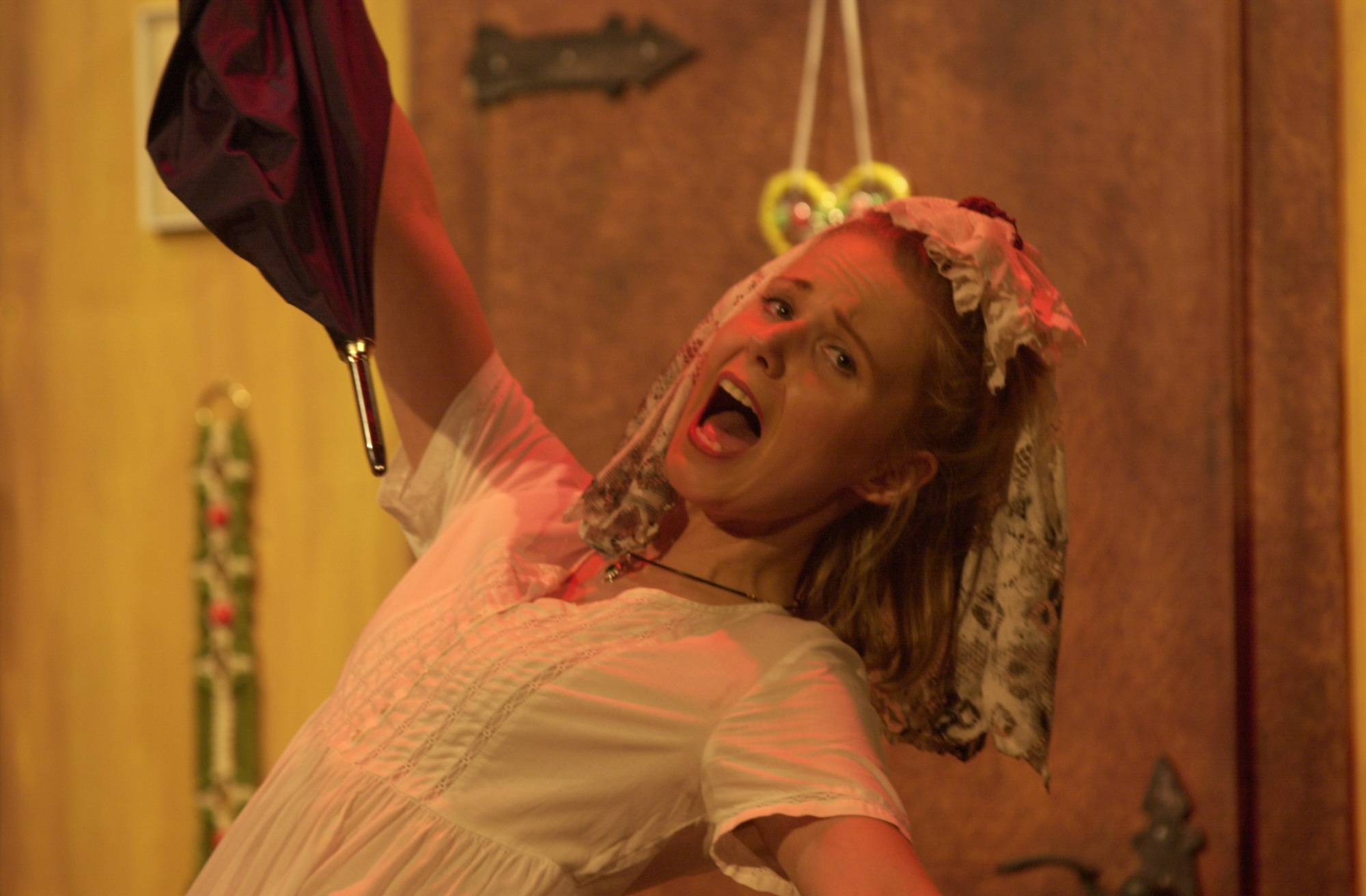 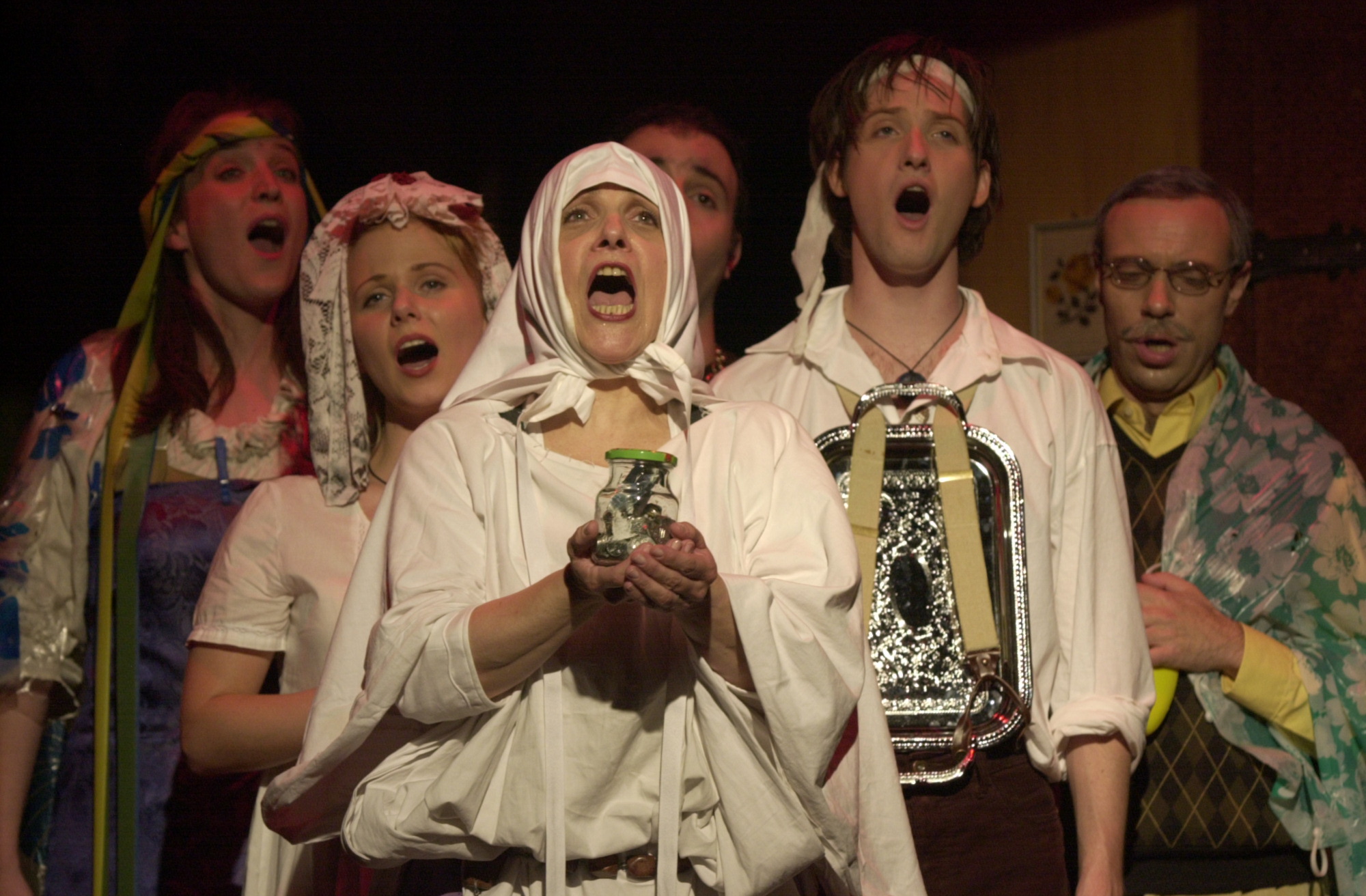 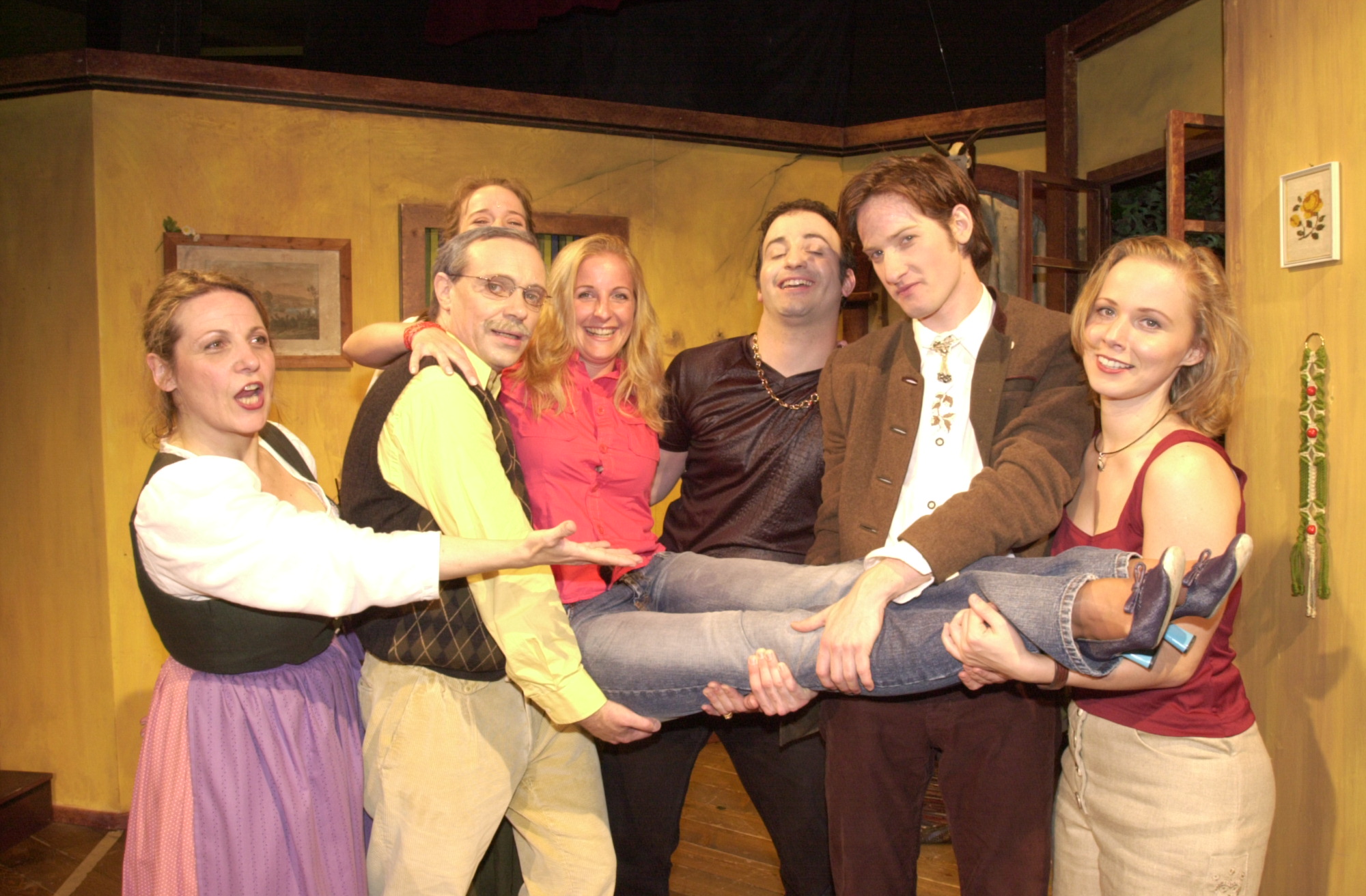 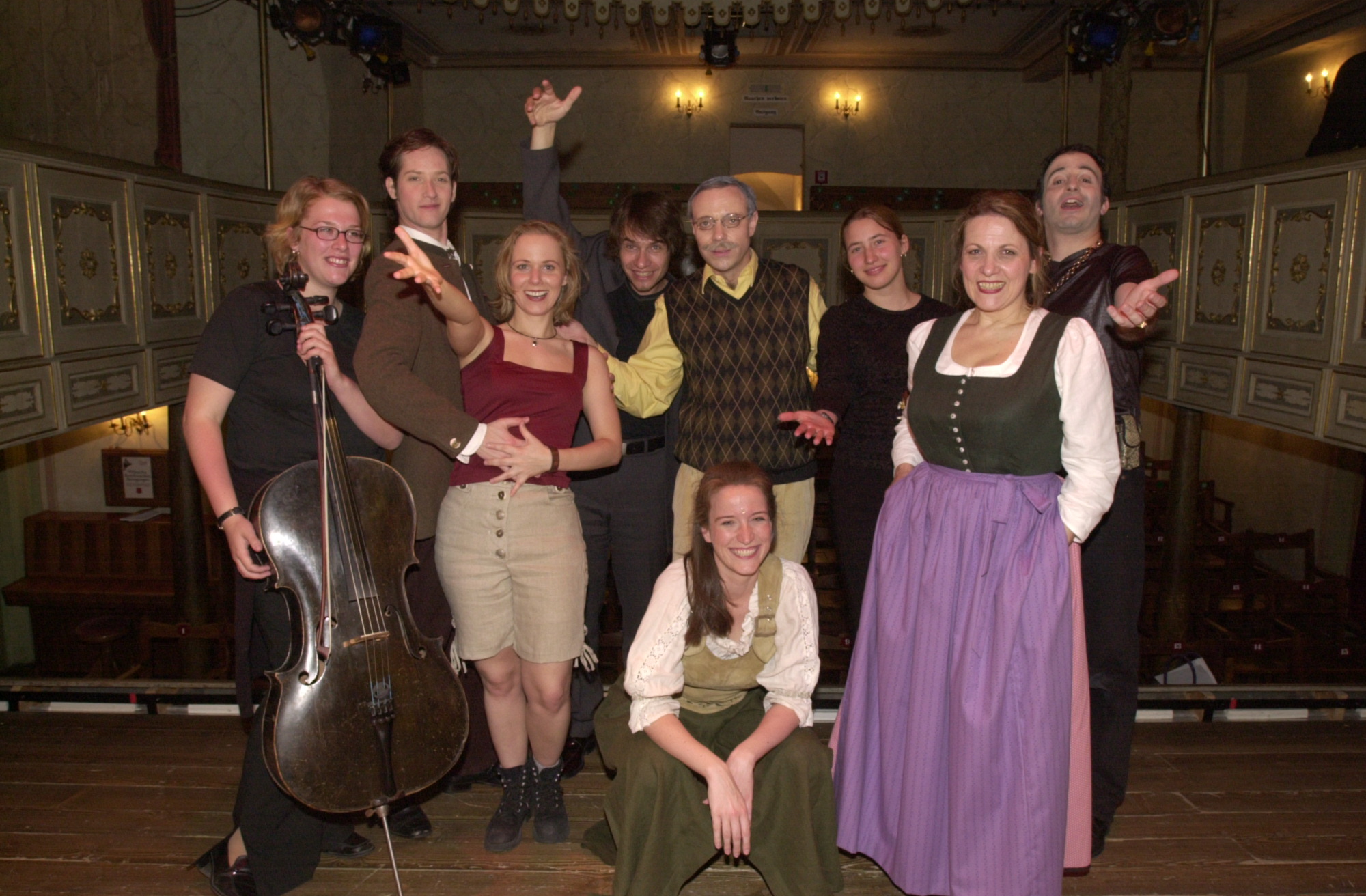 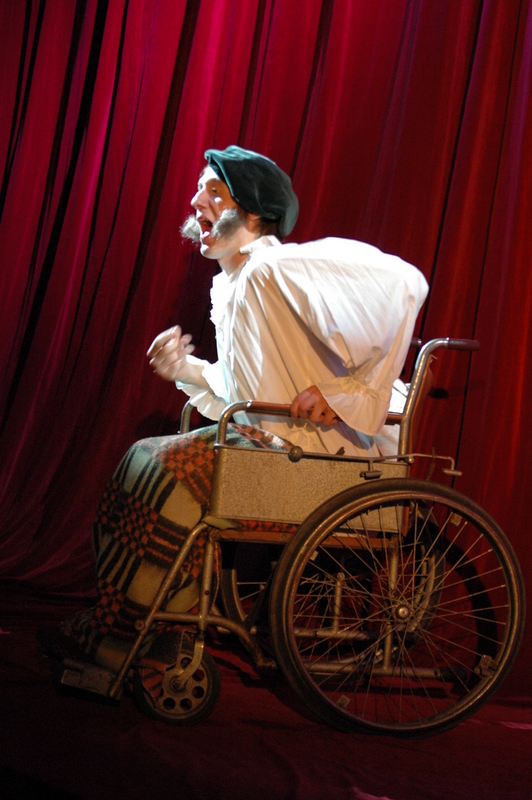 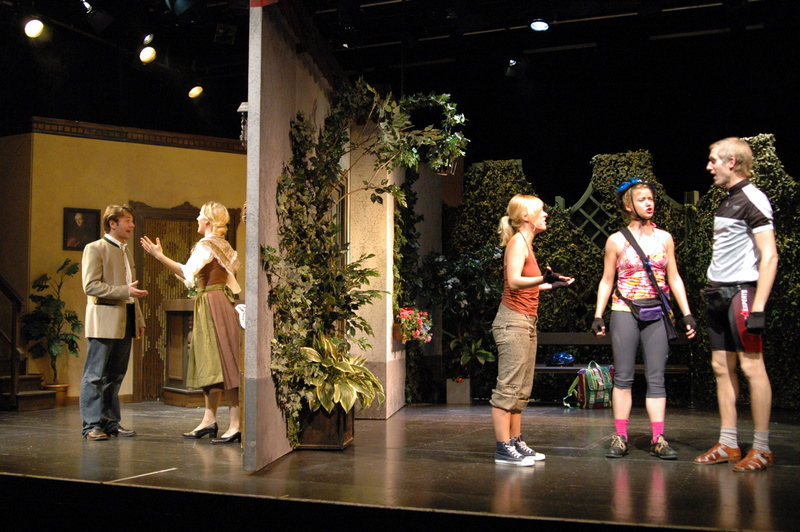 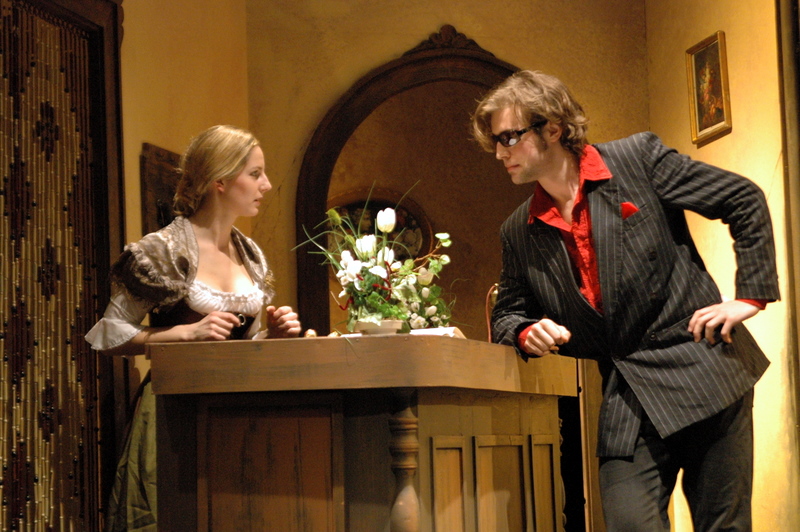 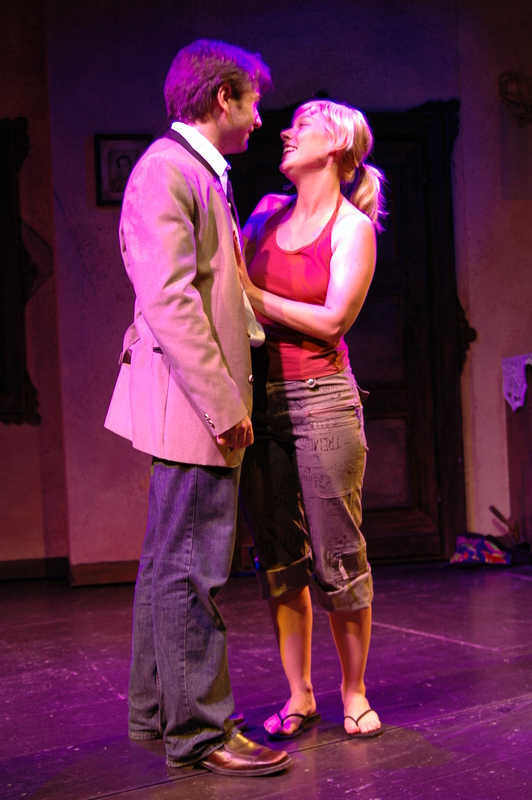 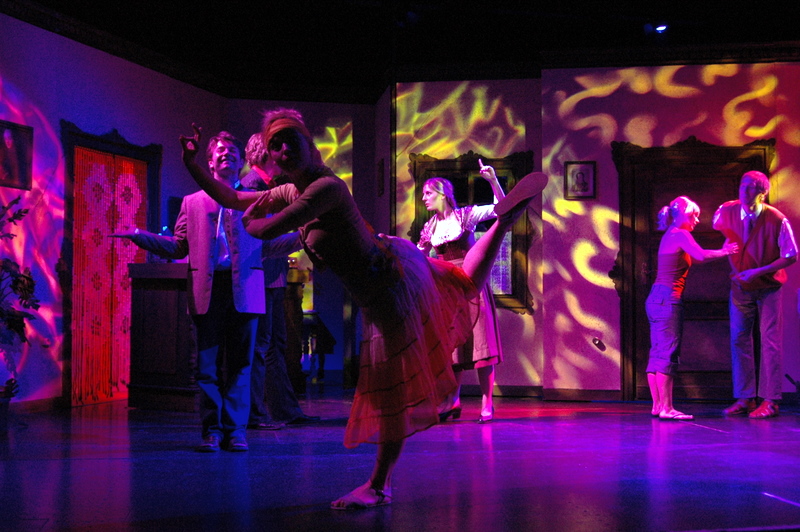 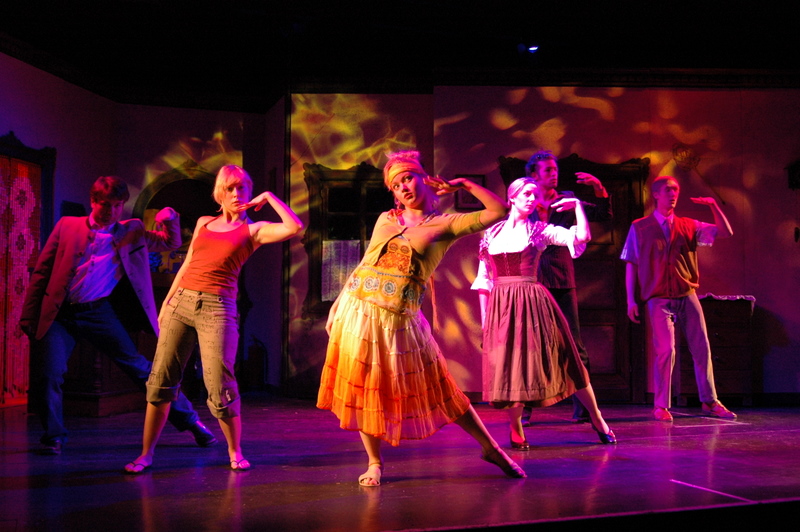 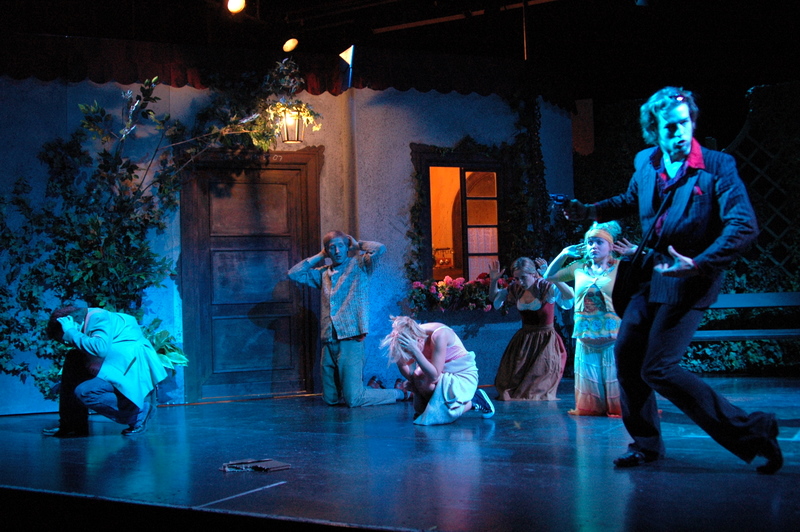 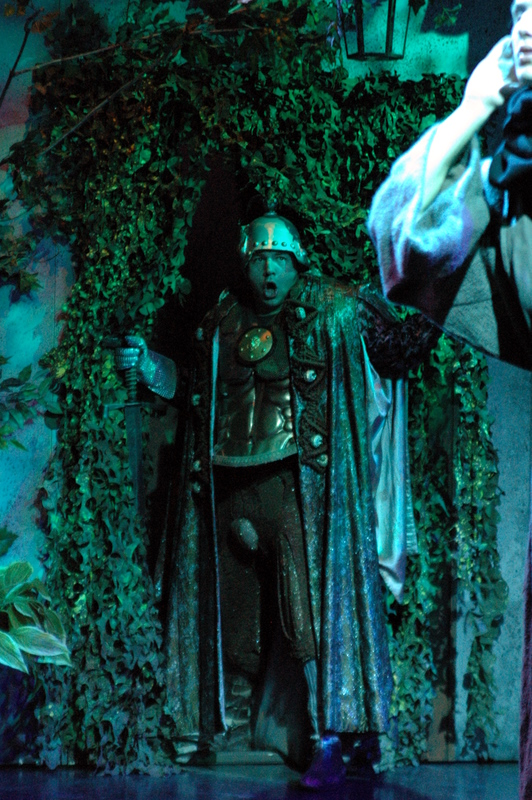 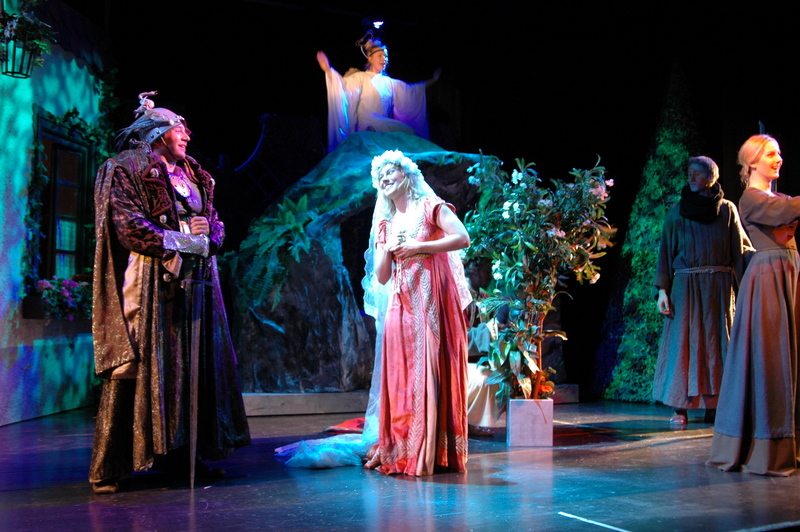 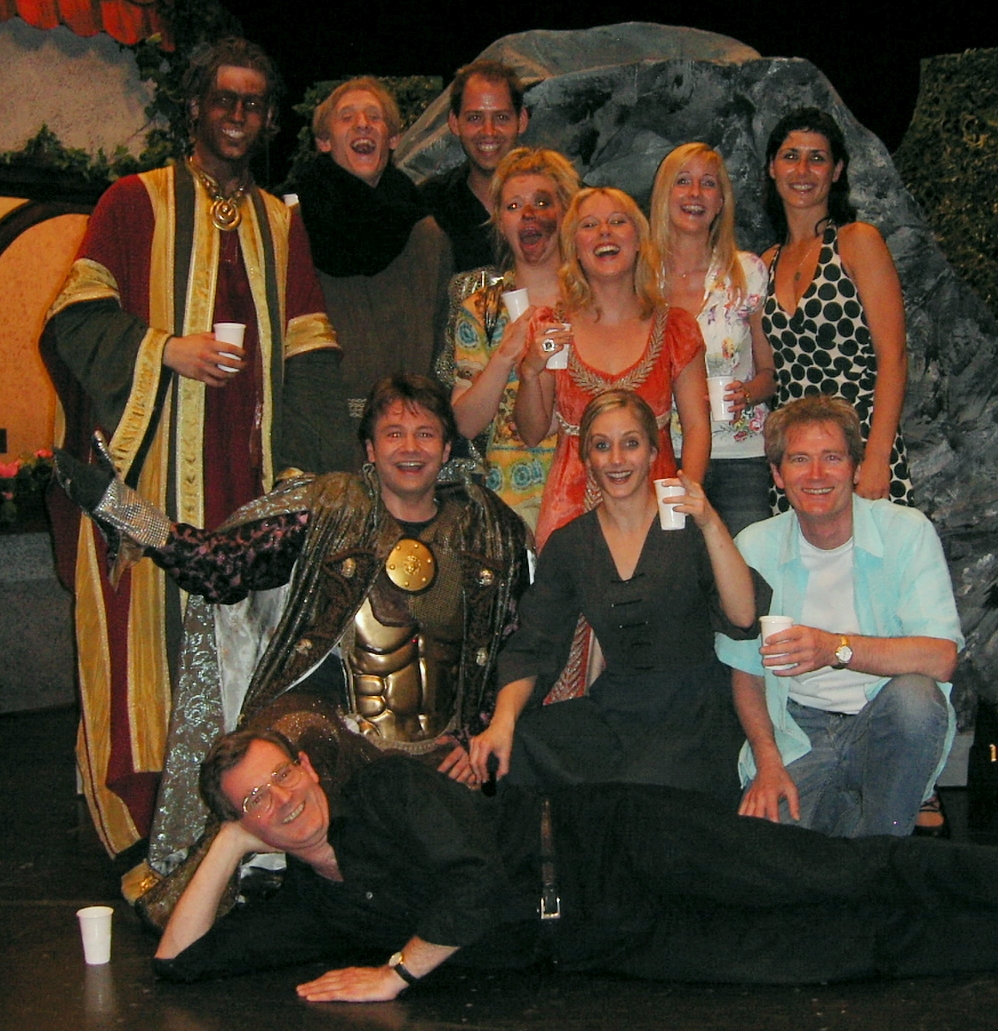