Zwa Voitrottln – Johannes Glück and Dieter Hörmann – were founded in 2011.

They went on to write about 30 new and original songs, release two albums and perform live in countless stage shows.
They have become legendary for their maverick appearance, funny – sometimes explicit – lyrics and usage of Viennese dialect, rich musical variety and overall superior artistic quality.

In the beginning the plan was to merely work together on music and lyrics for new and high quality songs intended for the repertoire of other performers.

But soon when their collaboration turned out to be not only very productive but also a lot of fun, Glück & Hörmann, both professional actors and singers and musicians, decided to perform their songs themselves.

Again they imitated the genre (Pop-Rock/Hip-Hop) so convincing that some media outlets actually mistook “the two youngsters” for Austrian gangster rappers.

In the summer of 2012 “ORF” and the production company “TVfriends” persuaded Zwa Voitrottln to go to the auditions for the Austrian television show “Die große Comedy Chance”. This resulted in two prime time appearances on Austrian TV, the first one pre-recorded, the second one live. Zwa Voitrottln had only one goal: to deliver a short (ca. 5 min.) but really good – gig. Again entirely unintentionally, Zwa Voitrottln became the winners of the show. The Austrian TV audience voted for them as number one of the contest. Particularly popular was “Der gemütliche Fernsehabend”, a comedy song in the style of 1950s singer/songwriters Pirron & Knapp about violence on television.

In the live show Zwa Voitrottln presented – followed by a short version of “Fuck se Energiesparlampe” – the premiere performance of “Drah es Grafl o”, a song about how television is dumbing you down, mass surveillance and your cell phone spying on you – notably one year before the Edward Snowden story broke!

2012 / 2013 Zwa Voitrottln went on tour and played their show “Hörglück” to sold-out crowds in Austria and Germany.

2015 Zwa Voitrottln ended their collaboration and continued their solo careers as performers and writers.

CDs of “Hörglück” und “Kifferglück”, DVDs and Blu-rays of “Kifferglück” as well as “Fuck se Energiesparlampe”-T-shirts in all sizes can still be ordered HERE!

If you’re looking for sheet music of Zwa Voitrottln songs you can contact the publisher Lucky Tunes Publishing at
office@luckytunes.at 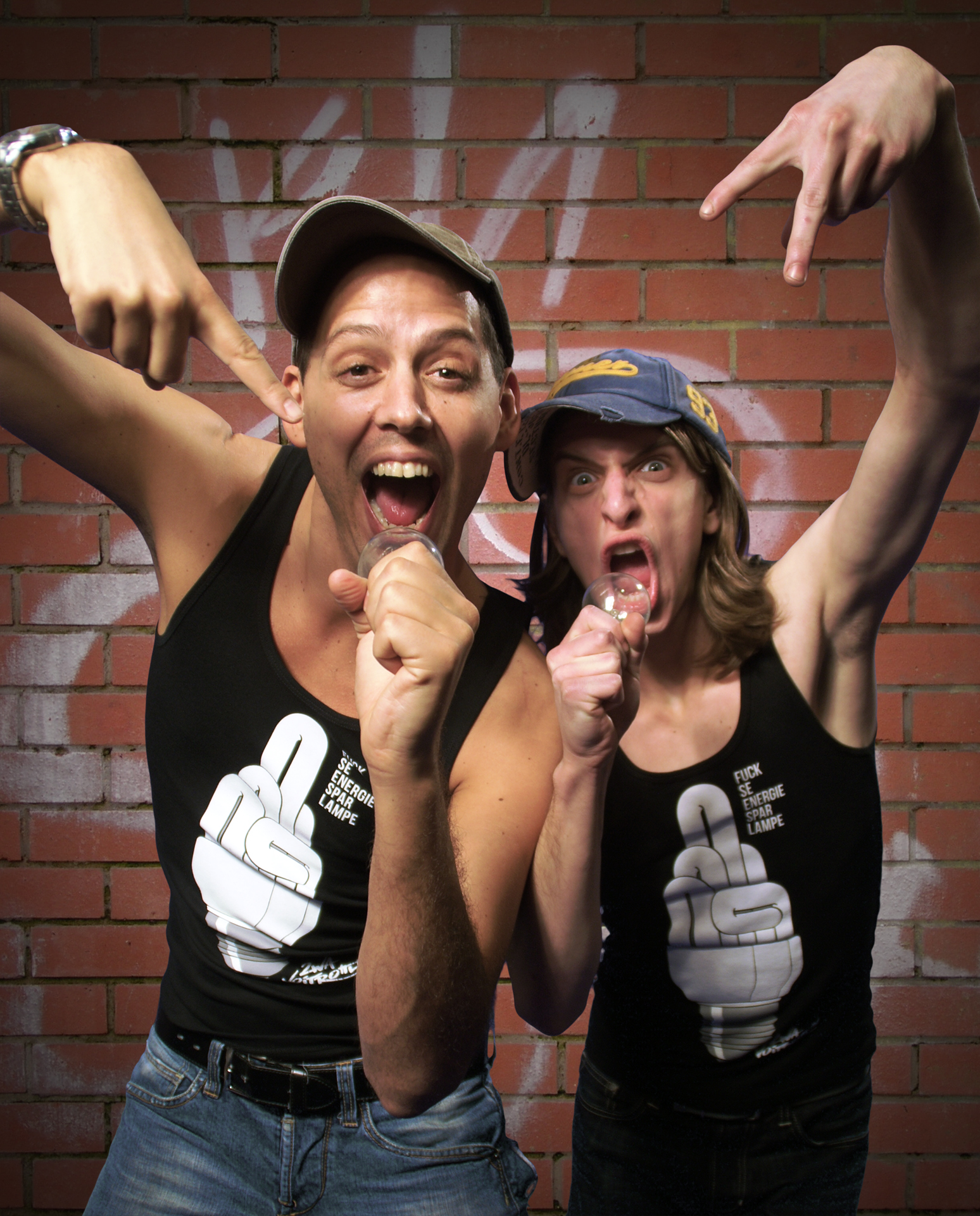 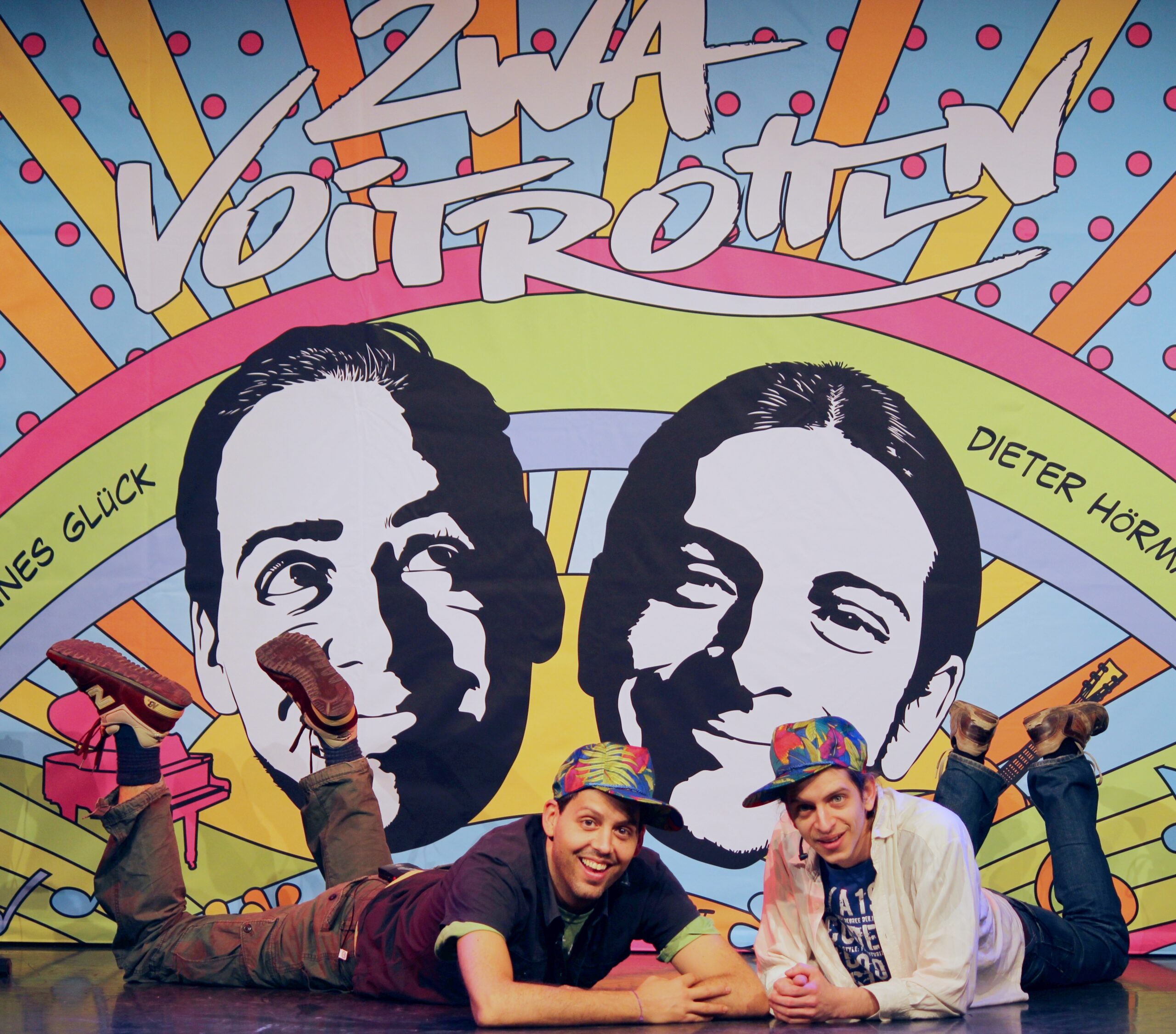 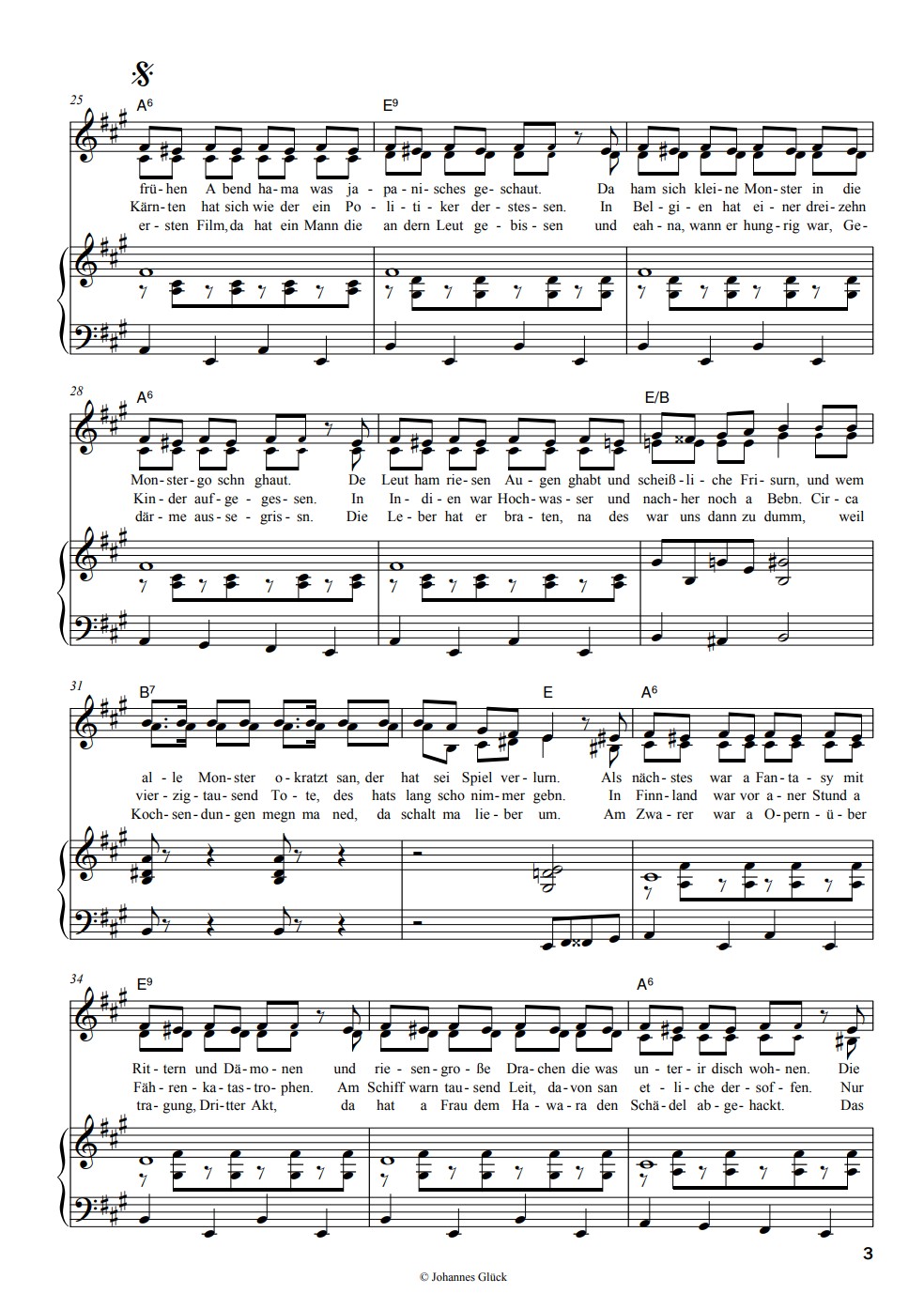 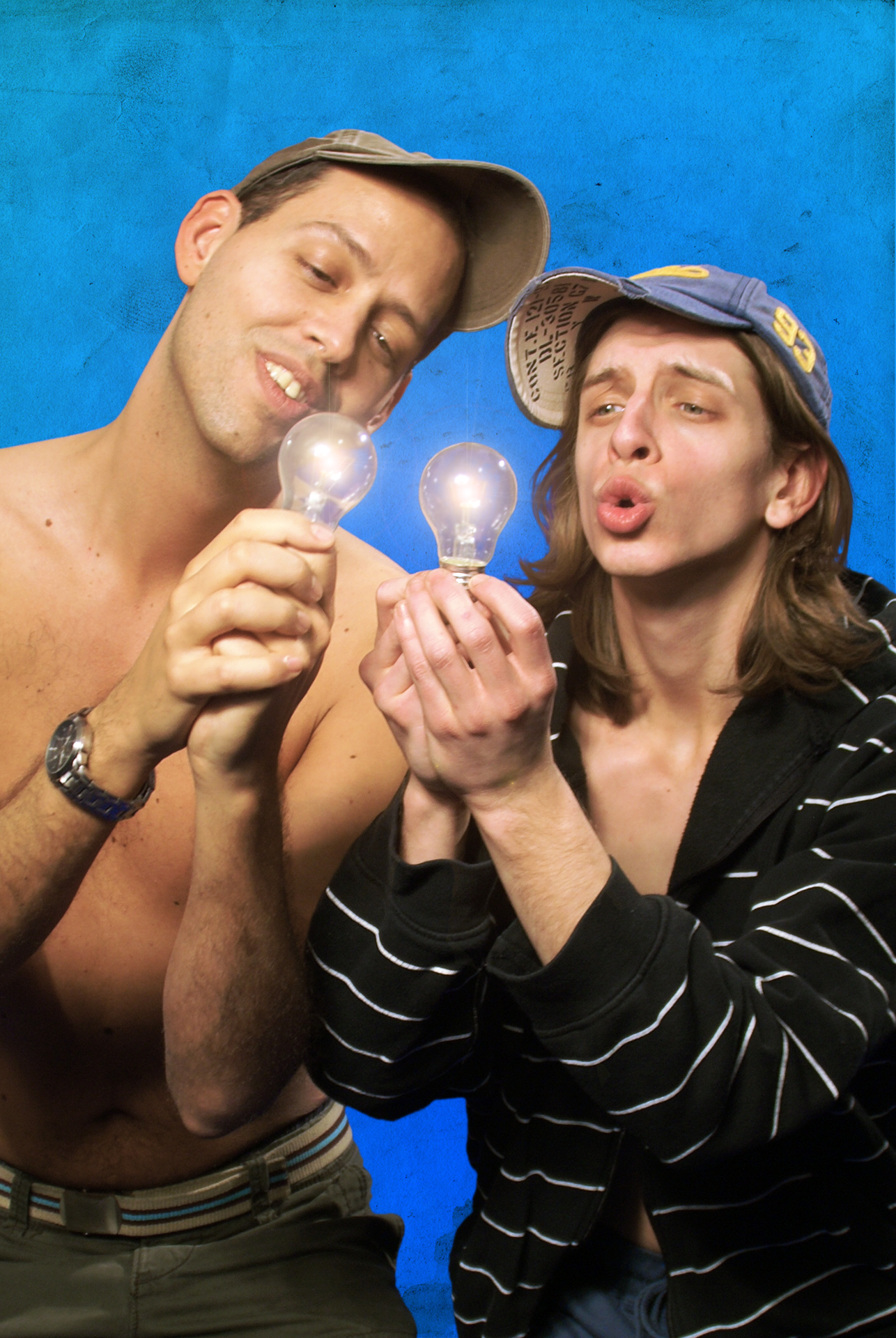 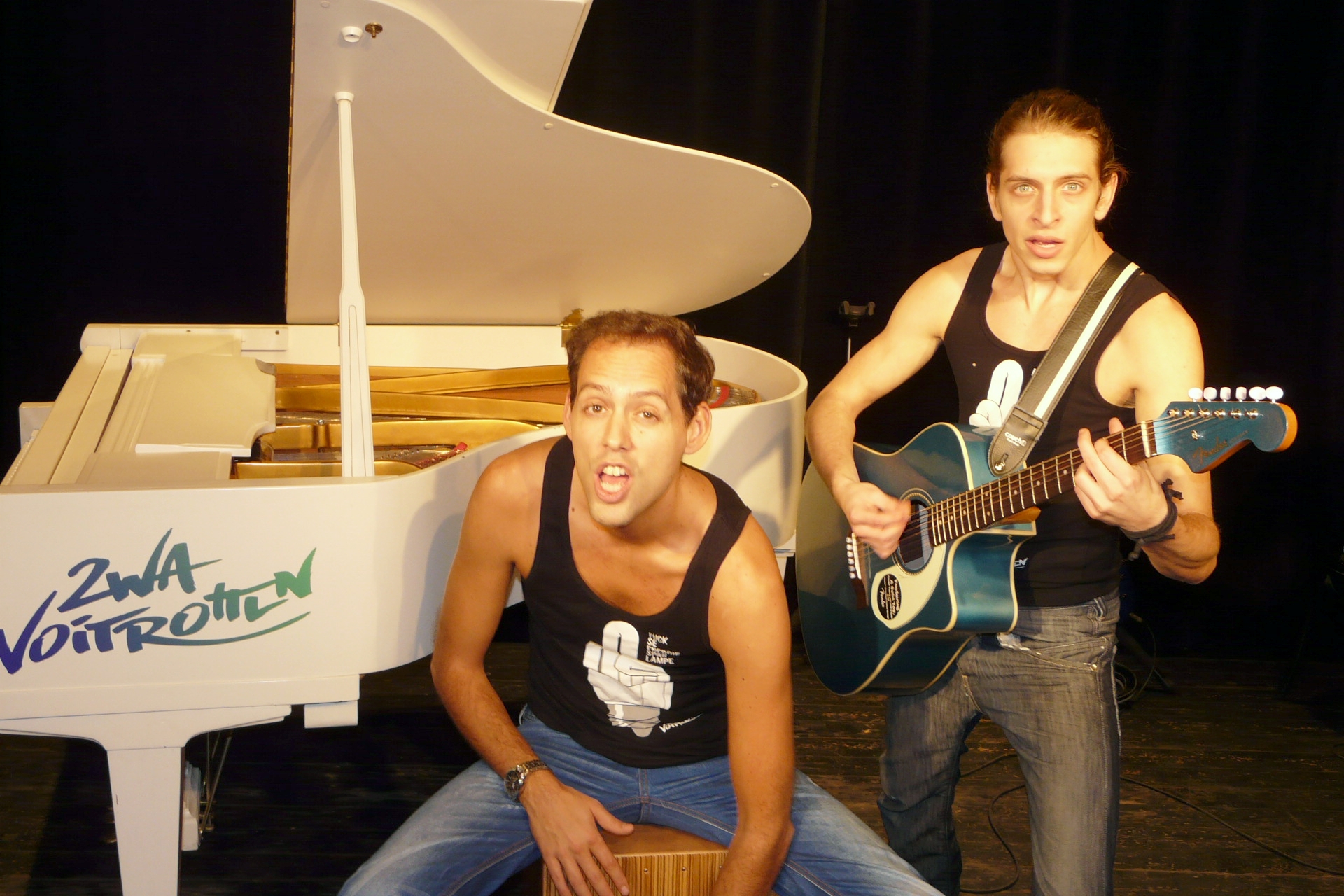 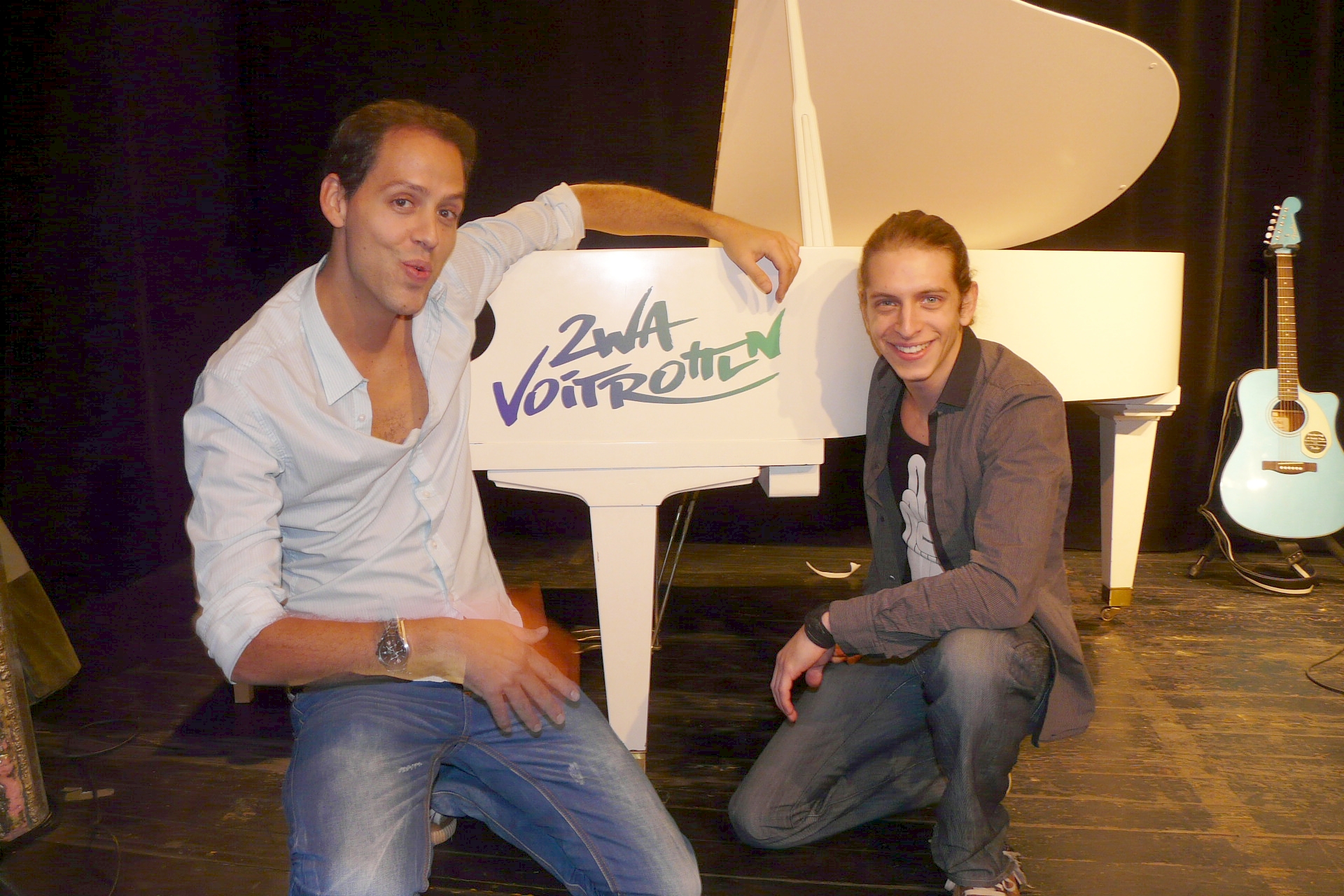 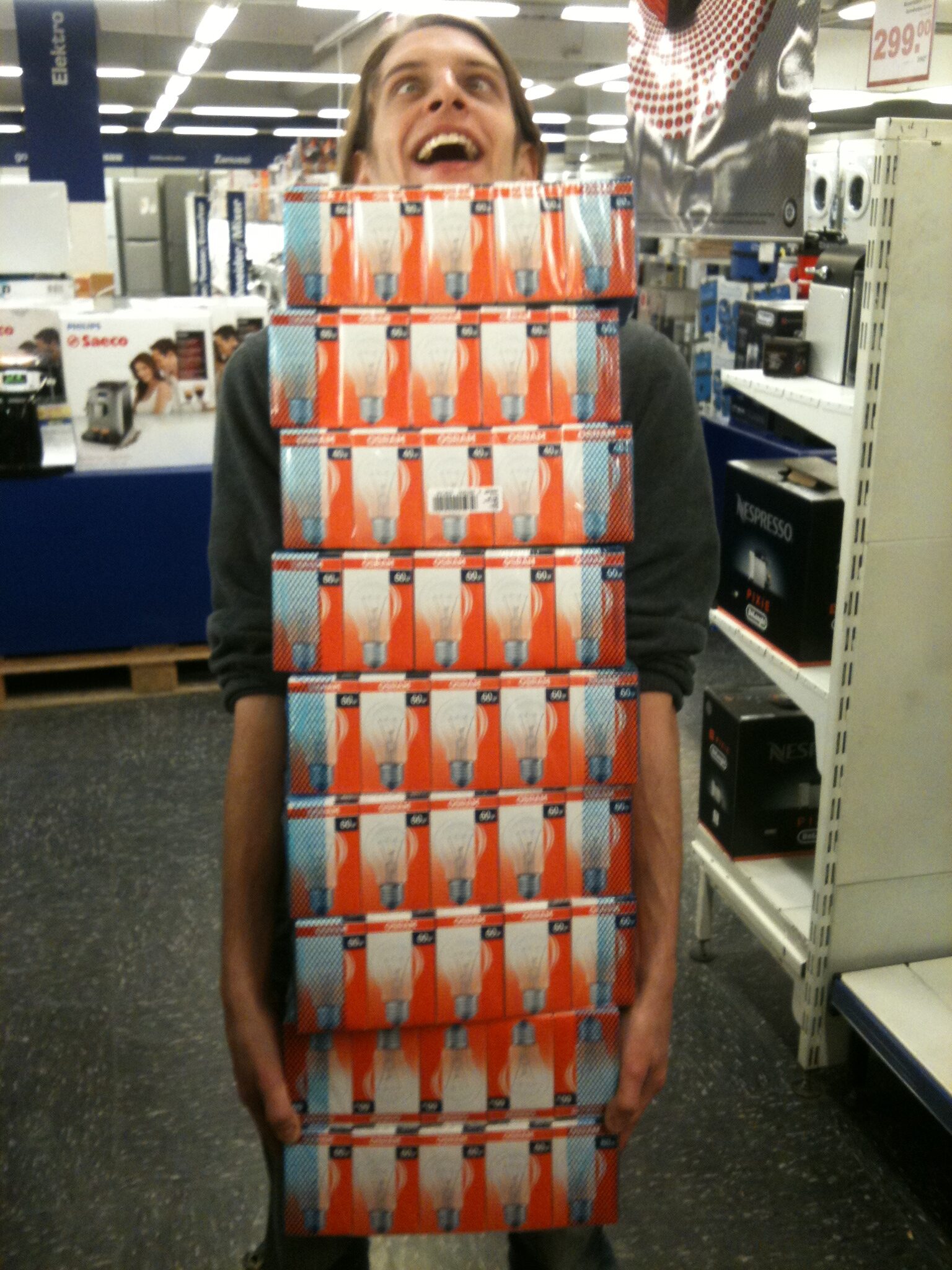 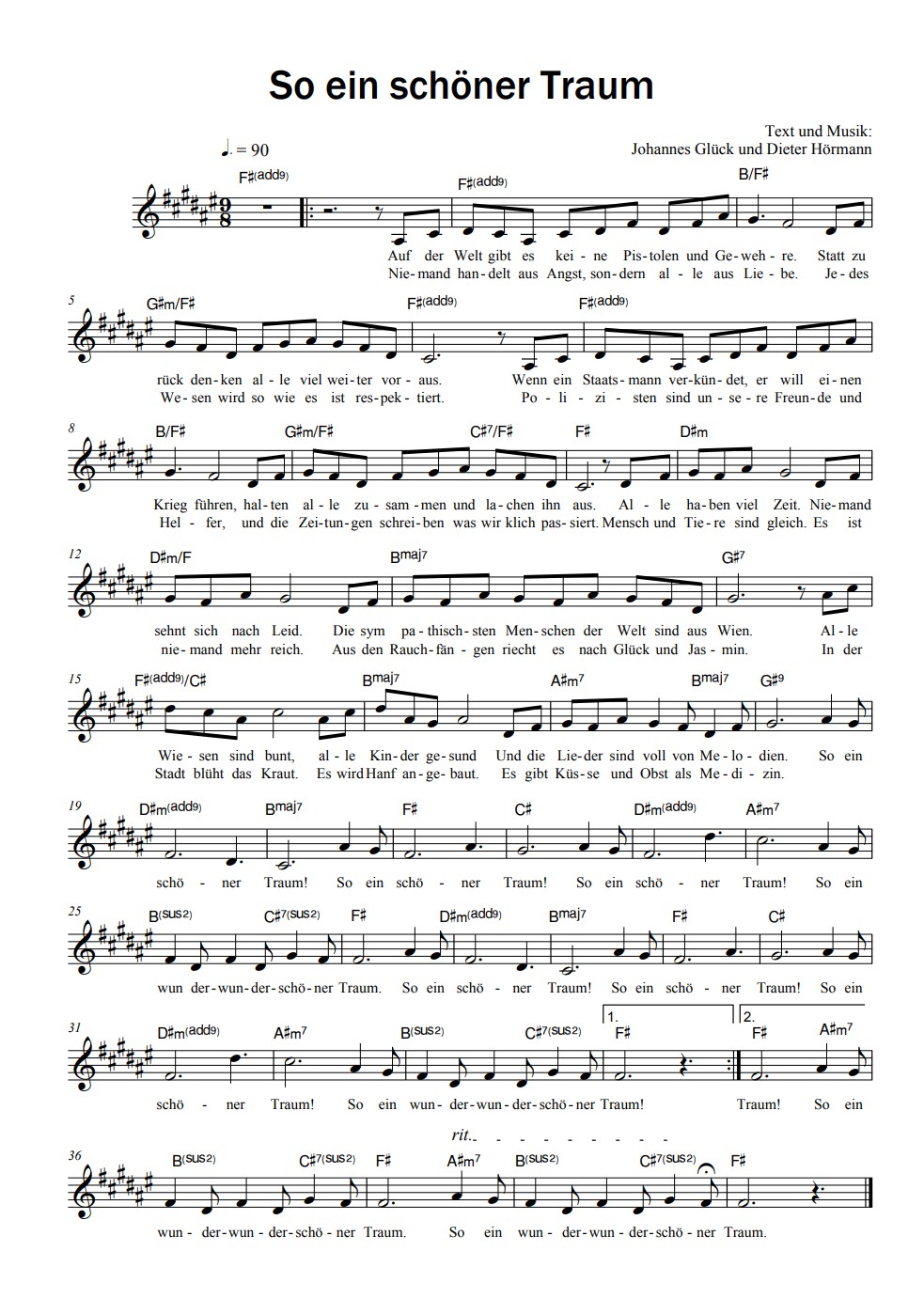 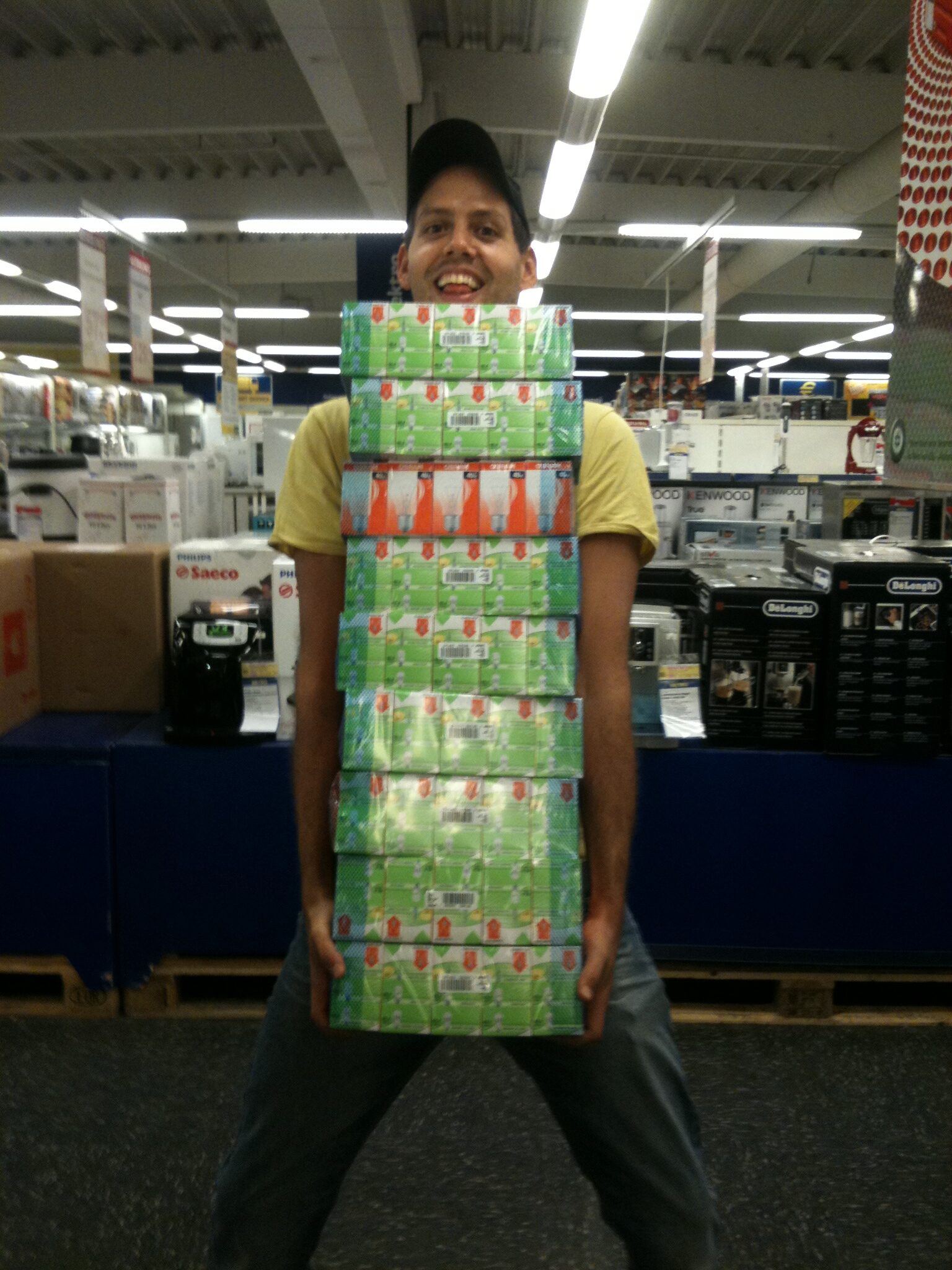 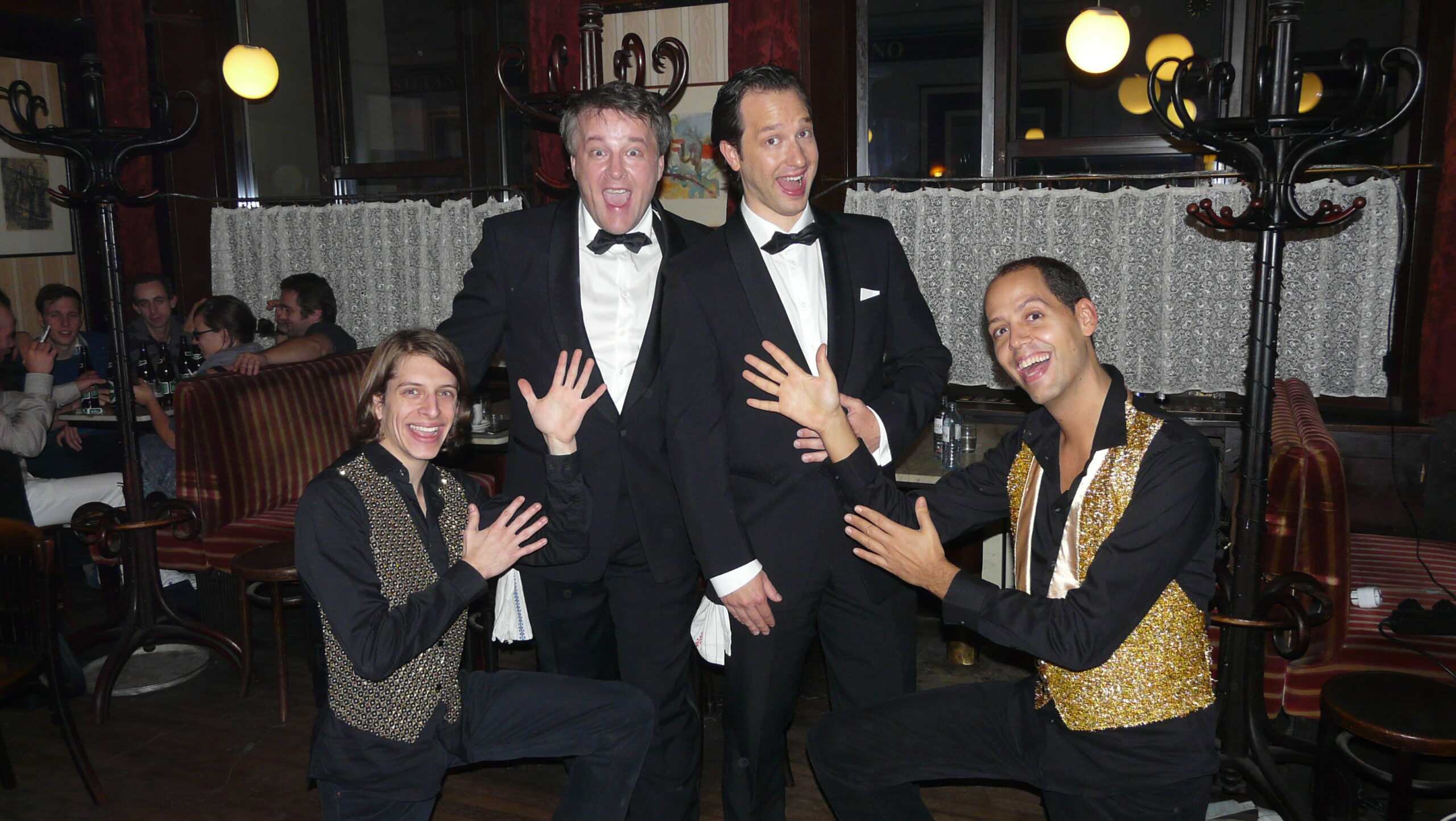 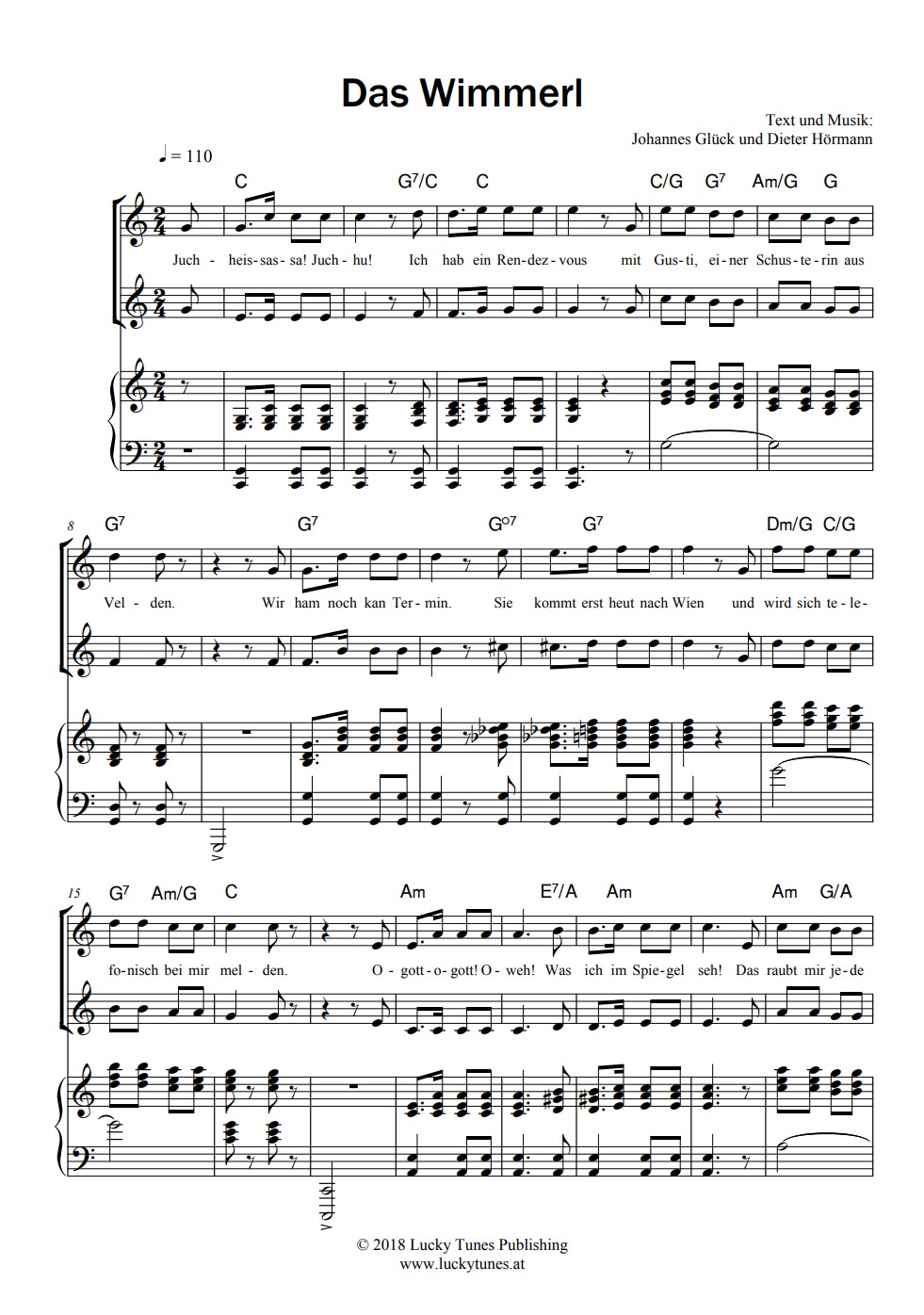 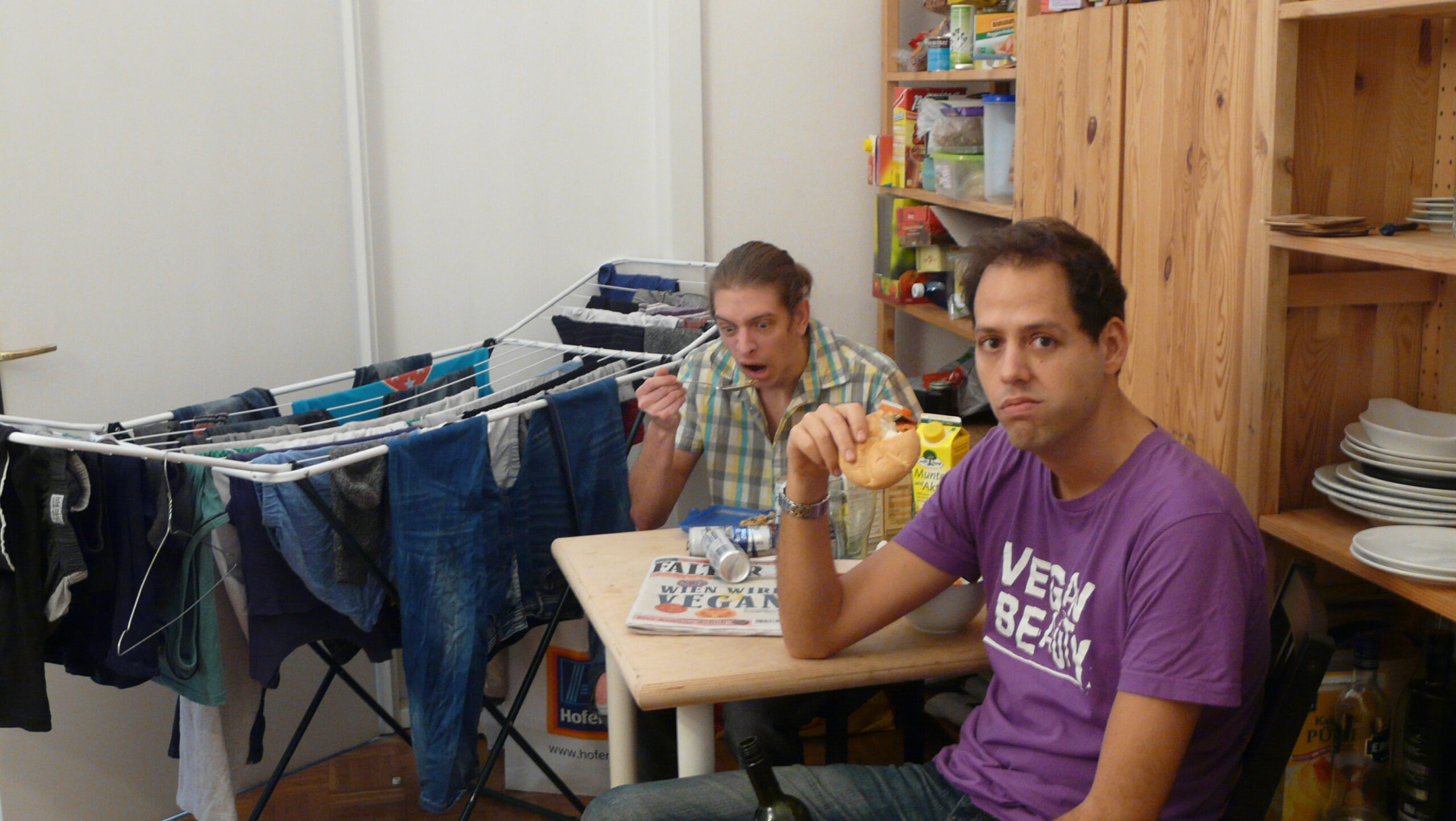 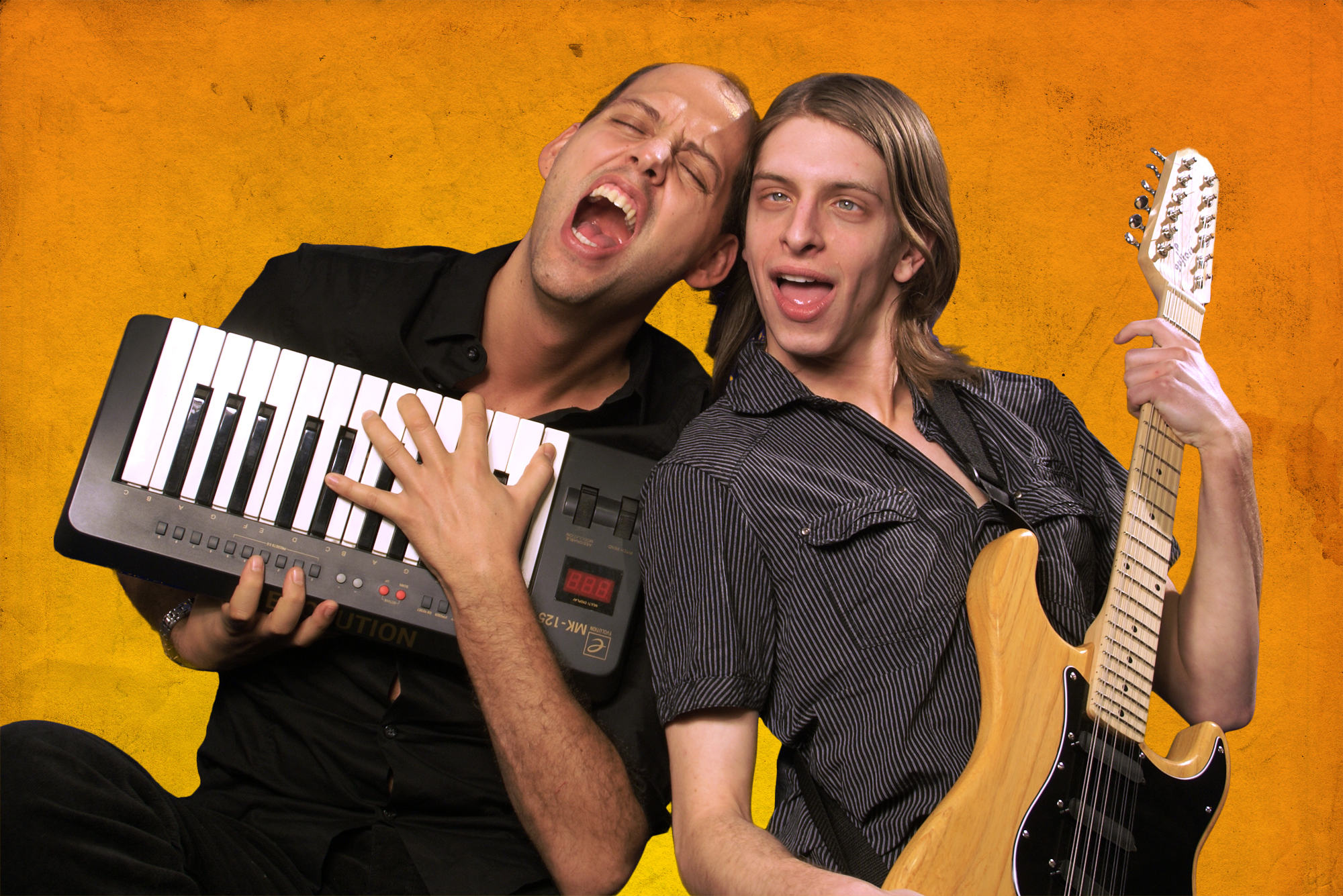 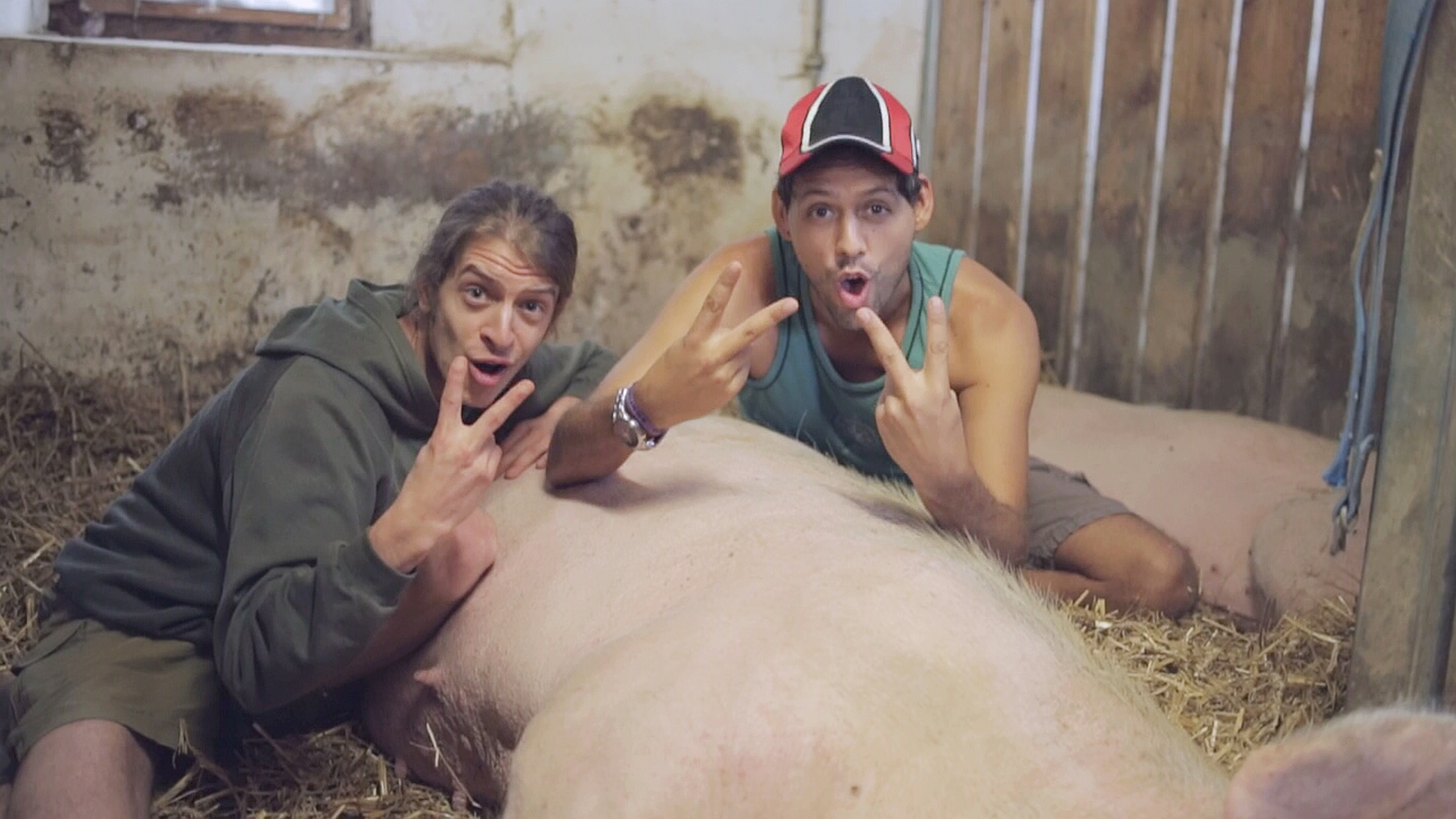 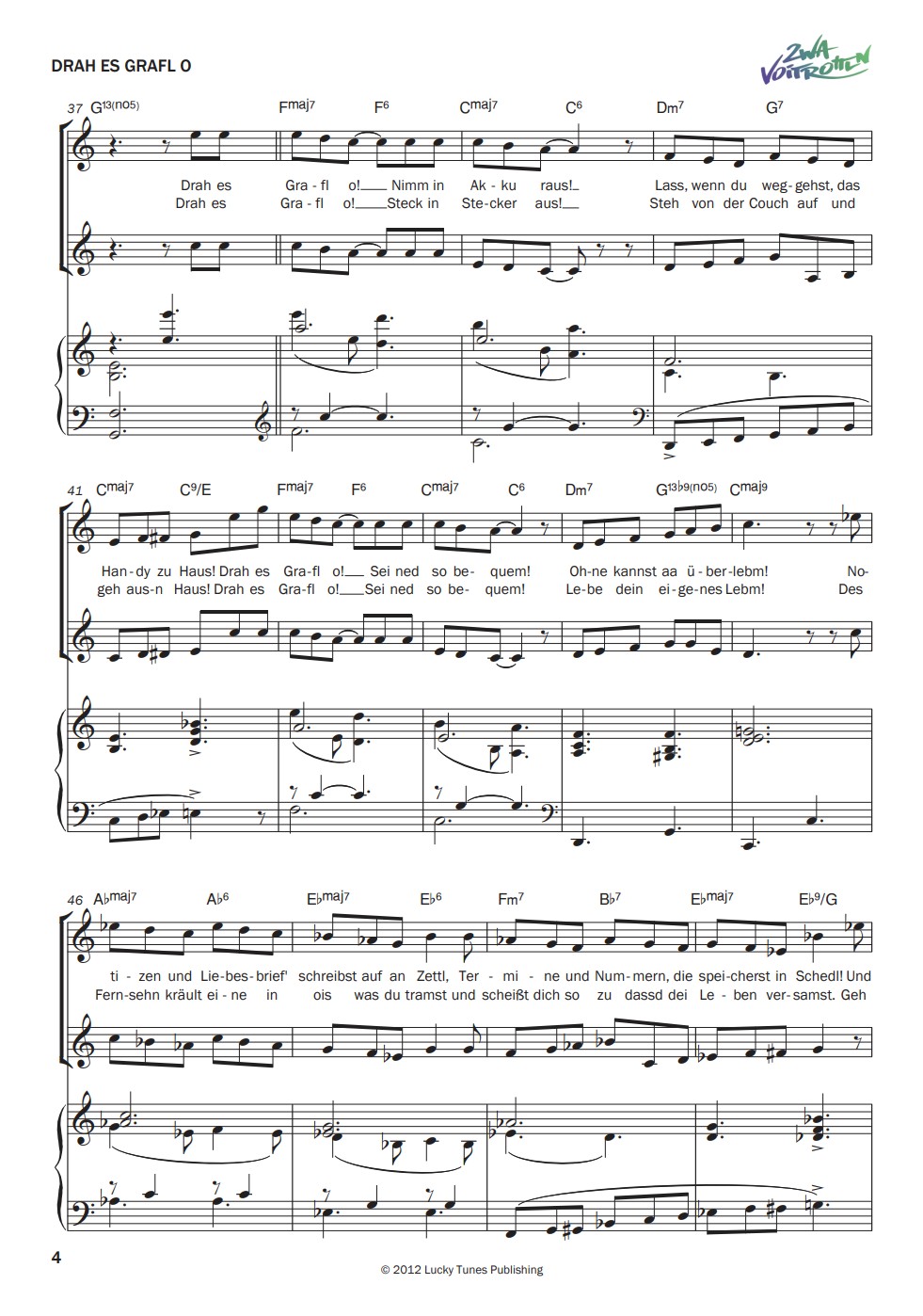 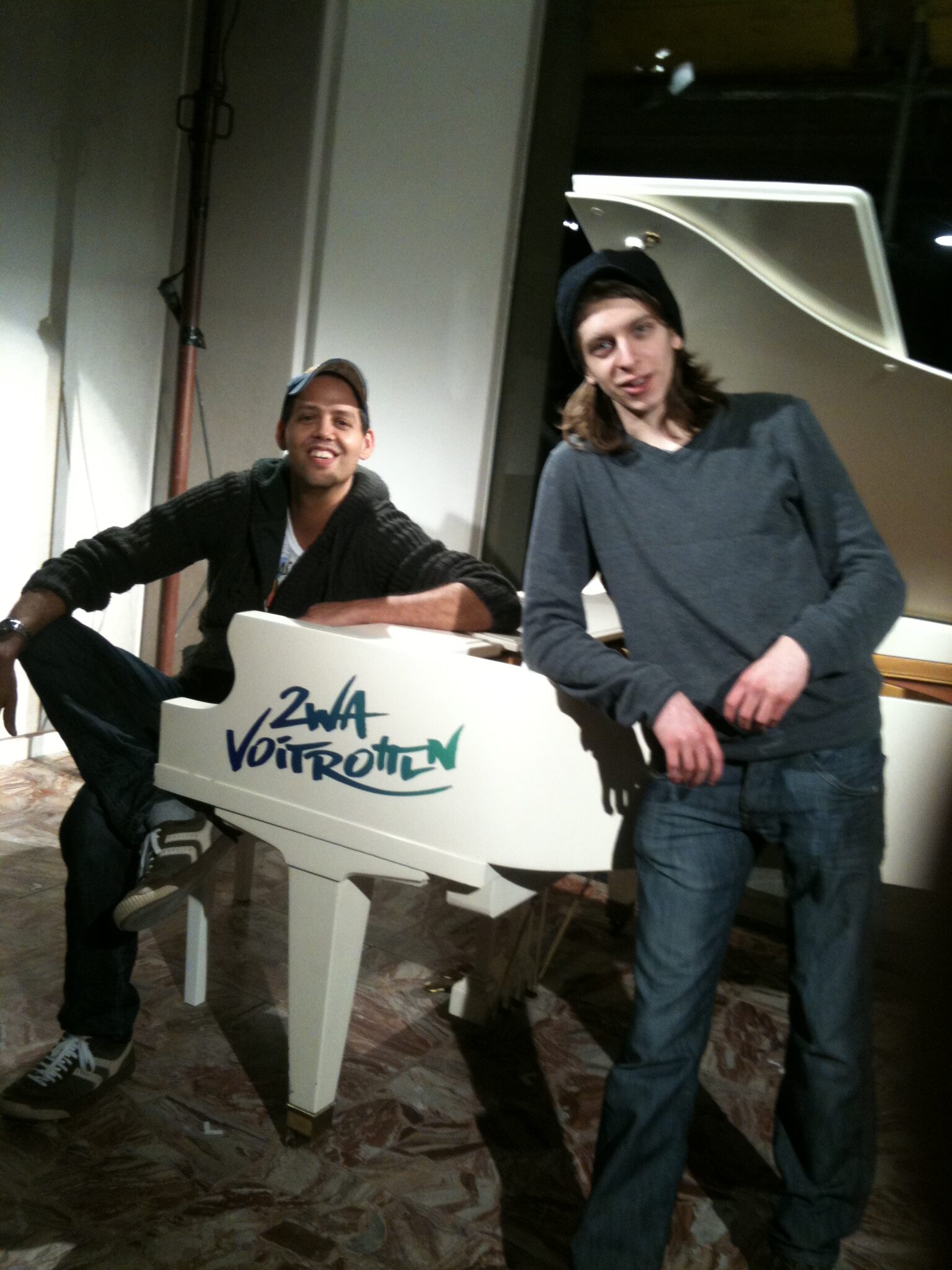 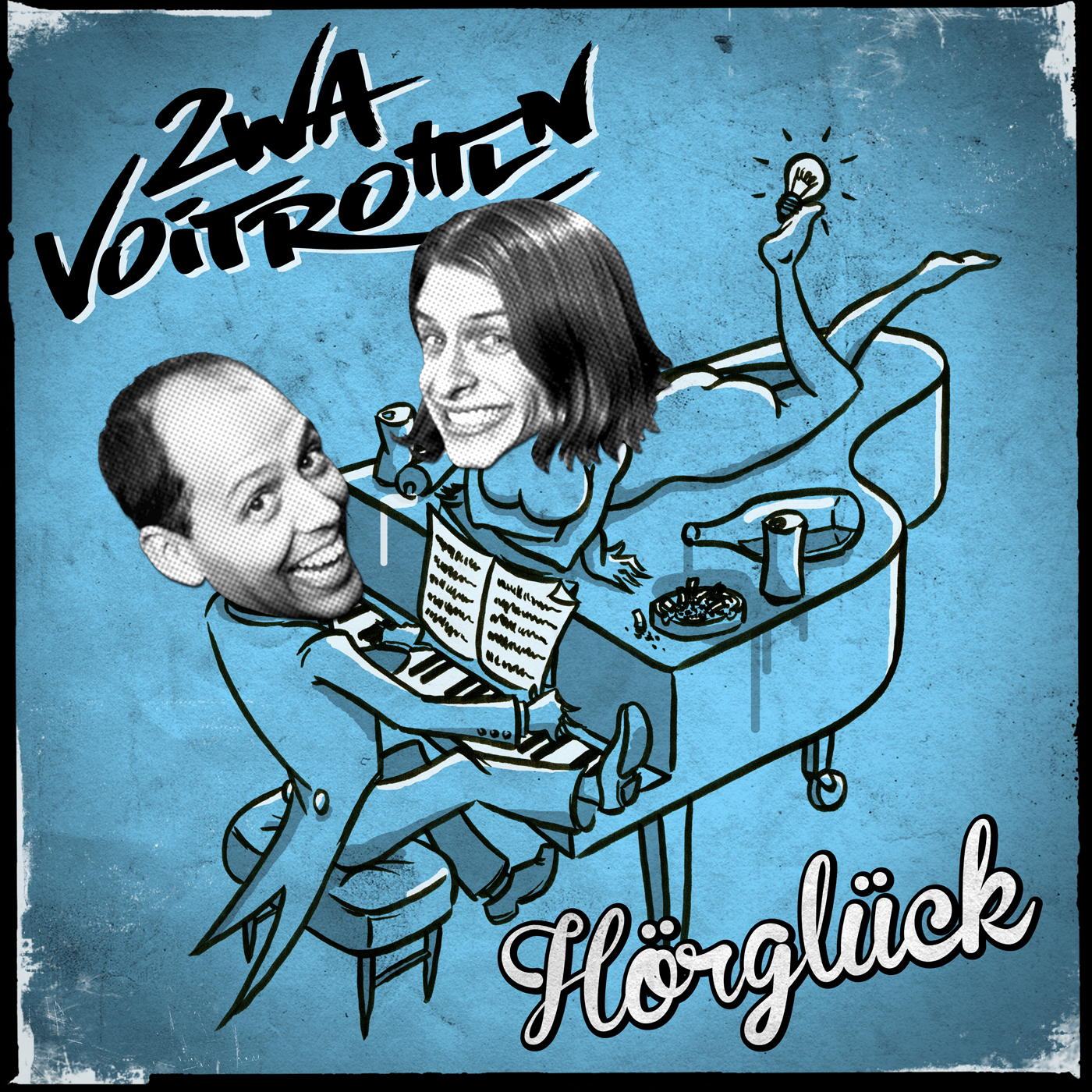 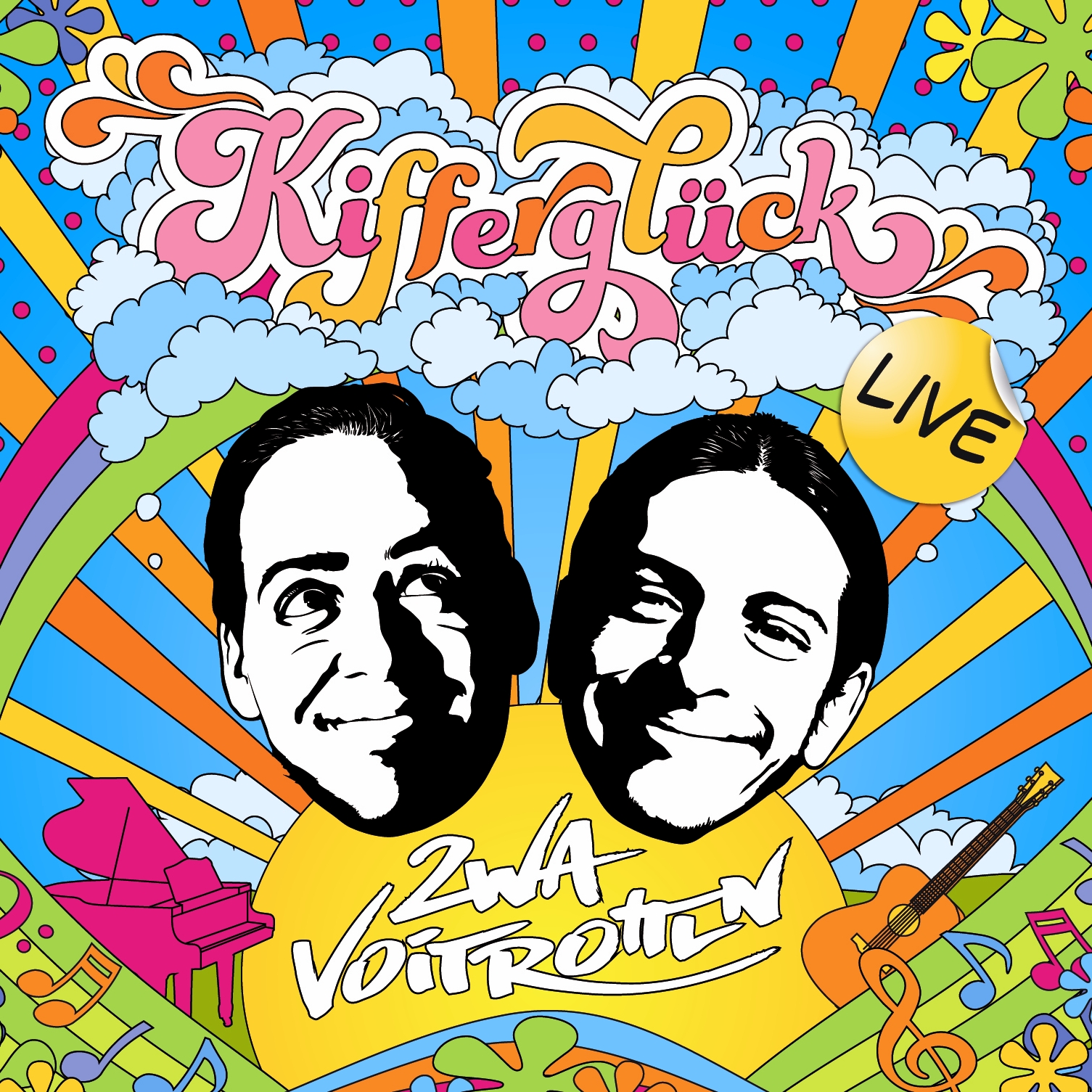 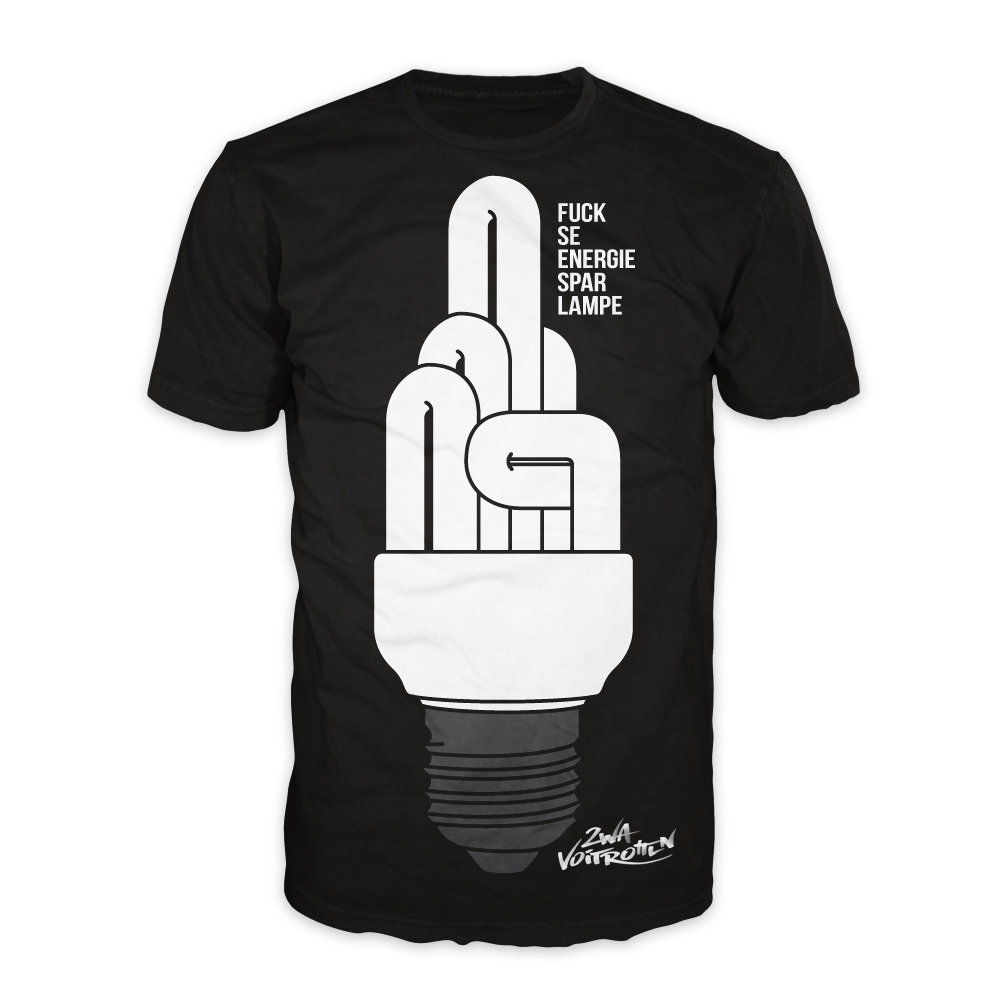